Last month Smart Politics conducted a case study as to how one Minnesota lawmaker, Republican Representative Laura Brod, utilized the social networking site Twitter during the last legislative session. That study found the plurality of Rep. Brod’s tweets were about substantive policy issues, with approximately one-sixth about her own personal life.

In the second part of this series about the use of Twitter by political officeholders, Smart Politics attempts to quantify the extent to which Minnesota lawmakers are using Twitter as a means to exert some political influence or garner some cache among the electorate.

Who is leaving the biggest Twitter footprint on state politics? And which political party is tweeting the most?

Twitter, to be sure, is only in its infancy as both a social networking site, but also a political tool. While half of Minnesota’s U.S. House delegation uses Twitter (or congressional staff in the Representative’s name) – Erik Paulsen, Keith Ellison, Michele Bachmann, and Jim Oberstar – the percentage is much less among Minnesota’s state legislators.

Among state senators, Smart Politics was able to confirm the existence of just six Twitter accounts, or 9 percent of the 67-member body, with five of these accounts being actively used (‘active use’ is defined here very broadly, constituting at least one tweet during 2009).

But both state senators and representatives are using Twitter at a much greater rate than the public generally. According to an April 2009 Harris Poll, just 5 percent of Americans use Twitter.

Nationwide, Democrats have historically been seen as the political party most effectively using new technologies on the Internet – crystallized by the remarkable campaign fundraising of 2004 Democratic presidential contender Howard Dean and the mobilization of support via online networks during Barack Obama’s 2008 victorious presidential campaign.

In Minnesota, however, Democrats do not hold such an advantage in the land of Twitter. Despite having fewer members in each delegation, Republican lawmakers line up an equal number of Twitter users as DFLers in the U.S. House (2 each) and State Senate (3 each). In the State House, 17 percent of both the GOP (8 of 47) and DFL (15 of 87) caucuses have active Twitter accounts.

Additionally, there are more followers to these 13 Republican state and federal lawmakers (13,742) than those following the 20 DFLers (10,646), although Michele Bachmann accounts for more than half of the GOP tally with her 7,900+ followers.

Still, even after taking U.S. Representatives out of the equation, state Republican lawmakers average more followers to their Twitter accounts (325), than do DFLers (318). 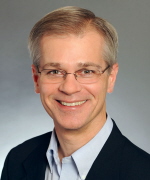 Among those six Senators who have Twitter accounts, four are currently campaigning for a higher office: DFL Senator John Marty and Republican Senators Mike Jungbauer and David Hann are running for governor, while DFL Senator Tarryl Clark is running for Michele Bachmann’s 6th Congressional District seat.

The only other senators with Twitter accounts are DFLer Scott Dibble and Republican Minority Leader Dave Senjem. Senjem’s account, however, seems to be just a placeholder, as he has zero tweets to his name to date.

Thus, of the five senators who actively use Twitter, four are running for higher office. This selective use of Twitter by state senators suggests they deem Twitter to be a valuable tool in their efforts to expand support beyond their current districts to the larger electorate they must court in 2010.

However, as Twitter is in its infancy, and its strategic effects have not been rigorously studied, it is also possible that high profile candidates simply do not want to seem ‘out of touch,’ or potentially missing out on a marketing opportunity with an unknown payoff as they endeavor to expand their base of support in their 2010 campaigns.

And which Minnesota legislators have the most Twitter followers?

· Of the 23 Minnesota House members who Twitter, the most followed Representatives are two of the biggest names in the chamber: DFL Speaker of the House Margaret Anderson Kelliher leads with 919 followers, while former Republican Minority Leader (and 2010 gubernatorial hopeful) Marty Seifert is in second with 654. Rep. Laura Brod is third at 644, with DFL gubernatorial candidate Paul Thissen fifth (453), DFL Majority Leader Tony Sertich sixth (449), and new GOP Minority Leader Kurt Zellers eighth (355).

A Smart Politics analysis suggests that many members of the House are indeed putting the social networking site to use. But the senators? Not so much.

The six senators with Twitter accounts have only generated 108 tweets to date, or an average of 18 per senator. Tarryl Clark has the most with 39.

Meanwhile, the average number of tweets on the House side is nearly six times that amount, at 104 per member. (Note: data was calculated for the 21 members of the House whose updates are made available to the public; the updates for DFL Rep. Nora Slawik and GOP Rep. Steve Gottwalt are ‘protected’). 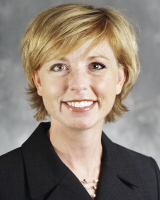 Rep. Laura Brod, the subject of Smart Politics’ analysis last month, remains the Twitter Queen among Minnesota lawmakers, leading all state (and federal) lawmakers with 351 tweets since joining Twitter on March 21st of this year.

Overall, Republican lawmakers are tweeting much more than their DFL counterparts. Across Minnesota state and federal lawmakers, Republicans have issued an average of 113.4 tweets per user, compared to an average of just 77.8 for the DFL.

Number of Tweets by Minnesota Lawmakers

The extent to which officeholders are using Twitter beyond getting their own message out to the public via tweets is unknowable.

For example, are lawmakers using Twitter to receive information as well?

One rough gauge to measure this officeholder interest in other Twitter user updates is to examine the number of people these lawmakers are following in their own right.

The shorthand calculus for this, however, may seem counterintuitive at first blush, for, in actuality, the more individuals one follows, the less less likely updates are being closely monitored by the follower.

For example, Michele Bachmann ‘follows’ nearly 7,400 people on her official Twitter page. To put that in perspective, Smart Politics follows only 26 individuals on Twitter, and received 196 updates from those 26 individuals during the last 24 hours.

By following 284 times that number of individuals, how likely is it that Rep. Bachmann (or her staff) sifted through any of the estimated 55,000+ updates that cross her Twitter account each day?

But not all lawmakers follow that pattern, as evidenced by Smart Politics’ calculation of each Twitter users’ following-to-follower ratio:

· Seven other lawmakers likewise have ratios greater than 10 to 1, including Jim Oberstar, at 30.5 to 1). Republican Rep. Pat Garofalo has the highest ratio at the State Capitol – following just 12 individuals, but being courted by 276 followers, for a 23:1 ratio.

· Six lawmakers, including Republican gubernatorial hopeful David Hann, are following more individuals than the number of individuals following them.

But for those lawmakers that are following a more ‘manageable’ amount of individuals, some interesting tidbits arise.

For example, one of the Republican gubernatorial frontrunners, Marty Seifert, is following several of his Republican and DFL rivals among the scant 29 individuals he is following, including Pat Anderson, David Hann, Michael Jungbauer, Matt Entenza, Mark Dayton, and Margaret Anderson Kelliher. Perhaps Rep. Seiftert is using Twitter as a timely (and inexpensive) way to keep tabs on his competition? 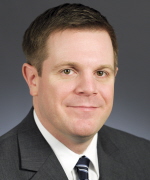 And then there is House Majority Leader Tony Sertich. A quick glance through the individuals Sertich follows on Twitter clearly reveals his love for basketball – with Shaquille O’Neal, Steve Nash, Kevin Love, Dallas Mavericks owner Mark Cuban, and NBA analyst Ric Bucher among the 84 individuals he is following.

Interesting, perhaps, but not as interesting as the fact that among the 84 individuals Sertich follows is cult filmmaker David Lynch! Who knew one of Minnesota’s leading lawmakers had such an avant-garde streak?

Overall, Republicans seem to be standing toe-to-toe with the DFL in the Twitter universe and then some:

· A greater percentage of Republican lawmakers are on Twitter.
· Republicans are sending out more tweets on average than DFLers.
· Republicans also have a higher average number of followers on Twitter among both the state and federal lawmaking delegations.

Whether or not the road to majority party status in 2010 for the GOP is paved with tweets remains to be seen.