Years of service in U.S. House, district competitiveness, and district vote for McCain in ’08 shaped Democratic votes; percentage of uninsured constituents in district had no impact 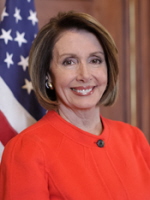 While much of the focus over the past week regarding whether or not Nancy Pelosi could muster enough votes to get the health care bill through the U.S. House was on whether or not anti-abortion Democrats would flip back and join their caucus, there were other more significant ‘tells’ that determined the ultimate shape of the ‘yeas and nays’ on the Democratic side of the aisle Sunday night.

A Smart Politics analysis of the 253 votes cast by Democrats Sunday night on the Patient Protection and Affordable Care Act finds that Democrats with fewer years of service in the U.S. House, those representing more competitive districts with smaller margins of victory in 2008, and those representing districts carried by John McCain were much more likely to vote against the bill.

1. Experience. Democrats voting for the bill who are running for public office in 2010 have served 50 percent longer in the House than those voting against it.
· The 34 Democrats who voted against the bill have averaged 8.5 years of service in the U.S. House, compared to 12.0 years for those who voted for the bill.
· After excluding from analysis the nine Democrats who are retiring from public office altogether after 2010, the average length of service for those voting against the bill was 8.0 years, with 12.0 years still the average length for those voting ‘yes.’

2. District Competitiveness. Democrats running for reelection in 2010 who voted against the bill represent districts that are 10 points more competitive than those who voted for the bill.
· The average margin of victory in 2008 of the 34 Democrats who opposed the measure was 36.7 points, compared to 45.3 points for those who cast their vote in support of the bill.
· Upon excluding from analysis those 15 Democrats who will not be running for reelection in their respective districts this November, the margin increases to 10 points: a 33.4-point average margin of victory for the Democrats voting against, and a 43.4-point average margin of victory for those in favor of the legislation.
· Of the 238 Democrats slated to run for reelection in 2010, the average district competitiveness rank for those voting against the bill was #152, compared to #241 for those voting in favor of it. 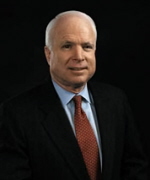 3. McCain Districts. Democratic members of the U.S. House who represent districts carried by Republican John McCain in the 2008 presidential election were 14.5 times more likely to vote against the bill than those representing districts carried by Barack Obama.
· Democrats representing ‘McCain districts’ voted 26 to 20 in opposition to the bill, or 56.5 percent against the measure. (Note: two additional McCain districts once held by Democrats, NY-29 and PA-12, are currently vacant).
· Democrats representing ‘Obama districts’ voted 199 to 8 in favor of the bill, or just 3.9 percent against the legislation.