Wisconsin and Pennsylvania lead the way with nine races decided by single-digits over the last 11 presidential election cycles; Missouri and Oregon are next with eight 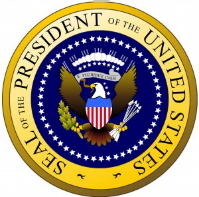 The number of tightly-contested states in U.S. presidential elections has varied wildly through the years, with 2008 being one of the least competitive in the modern political era.

But across the changing political tides of the last few generations, two states stand above all others – earning themselves the designation of the most highly competitive in presidential elections over the last 40 years.

A Smart Politics analysis finds that Wisconsin and Pennsylvania lead the country with the largest number of presidential contests decided by single-digits over the last 11 election cycles dating back to 1968 – with nine each.

While Missouri’s ‘bellwether state’ status may have ended with Obama’s loss there in 2008, the Show Me State is tied for third with Oregon for the next largest tally of presidential races decided by single digits with eight.

Four other states have tallied seven single-digit margin of victories in presidential elections since 1968: Colorado, Florida, Michigan, and Ohio.

Interestingly, although Ohio and Michigan are frequently grouped together as classic Midwestern battleground states, Ohio has seen far more nail-biters than the Wolverine State.

Ohio (with six) is second only to Wisconsin (with seven) for hosting the largest number of these very competitive races. Pennsylvania, Missouri, Nevada, and Tennessee each have recorded five presidential elections decided by less than five points since 1968.

The only other states with a majority of presidential elections decided by single-digits during the past 40 years are Iowa, Minnesota, Montana, Nevada, New Hampshire, New Mexico, South Dakota, and Virginia with six each.

Montana, South Dakota, and Virginia are particularly noteworthy in that Republicans carried 16 of these 18 competitive races – all but Montana in 1992 and Virginia in 2008.

Of course, the ability to define or determine a ‘battleground state’ in any given presidential election cycle, is highly fluid and sometimes not knowable until after all ballots are counted.

For example, in 2008, Wisconsin was considered a battleground state, but it gave Obama a margin of victory (13.9 points) nearly three times that of McCain’s win in the deep red state of Georgia (5.2 points). However, with the recent GOP surge over the last two years few expect Georgia to be ‘in play’ at this stage of the 2012 presidential election cycle.

Number of States Decided by Single Digits in Presidential Elections, 1968-2008

Forty years is certainly at least a few lifetimes in politics, so perhaps it is appropriate to examine those states that have consistently served up competitive races over the past two decades.

Missouri has the next longest streak with four consecutive competitive races followed by Iowa with three.

These are the only seven states decided by single digits in both the 2004 and 2008 presidential contests.

And what are the states with the weakest battleground credentials?

Three states, along with the District of Columbia, have not had a single contest decided by less than 10 points since 1968: Idaho, Nebraska, and Utah.

Republican presidential nominees have dominated these states across the last 40 years. (Note: All three had competitive races in 1964, with Lyndon Johnson carrying each by single digits, so their current streak of double-digit contests stands at 11).

Overall, Republican presidential candidates have survived a much larger number of close shaves than have Democrats.

GOP nominees have eked out 135 of the 230 presidential contests decided by single-digits since 1968, or 58.7 percent. Democratic nominees have won 94 or 40.9 percent with third party candidates winning one.

(Republicans have also won the White House in seven of these eleven cycles during this 40-year stretch).