North Dakota’s -8.3 percent monthly decline in unemployment from March to April is its largest drop over the past 35+ years 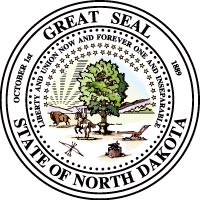 In what is almost becoming an embarrassment of riches, North Dakota not only continues to have the lowest unemployment rate in the nation, but now also just set a modern state mark for the biggest month-to-month decline.

A Smart Politics review of U.S. Bureau of Labor Statistics data finds April’s -8.3 percent decrease in the jobless rate from the previous month is the biggest since at least January 1976 – a span of 424 months, or more than 35 years.

The previous largest drop in the Peace Garden State’s unemployment rate during this span took place in 1997 – falling -6.9 percent statewide from 2.9 percent in August to 2.7 percent in September of that year.

North Dakota’s current unemployment rate is 0.8 points below its 4.1 percent monthly average over the past 35+ years.