Despite dire predictions, the average price of gasoline in the US has not yet even hit $4.00 per gallon this year 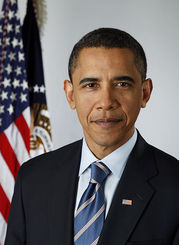 Although the summer is not yet over, and although prices were perhaps dampened in part by President Barack Obama’s tapping of the U.S. oil reserves over a month ago, the loud cries from earlier in the year that Americans would face $5 gasoline may have been premature.

The average price for a gallon of gas was hovering around $3.60 when Obama announced he would release 30 million barrels from the nation’s Strategic Petroleum Reserve in late June.

The dire predictions that the U.S. would hit the $5 a gallon mark this summer started to gain steam as the conflict began to escalate in (oil-producing) Libya in February and March of this year.

While particular American cities have seen much higher prices (as has always been the case), the average price of gasoline has not yet reached even $4.00 per gallon this year according to the Energy Information Administration.

The peak in gasoline prices occurred in early to mid-May when the average price remained stuck at $3.96 per gallon.

Prices then fell more than 35 cents a gallon, or nearly 10 percent, before Obama made his announcement he would use his authority to tap the Strategic Petroleum Reserve.

And just what were politicians, pundits, industry experts, and broadcasters saying earlier this year about how high summer gas prices would reach?

“But the fact is we got a real problem with energy, remember this is the time of year when gas prices traditionally are relatively low. They start to go up in the spring as more people drive and they get high in the summer when we all go in vacations. If we got 3.52 gas now, you can count on four dollars plus, or five dollars plus in some parts of the country.” – Karl Rove, Hannity, FOX News (March 9, 2011)

“But we could see the price of gasoline if we moved to $150 to $200 a barrel of oil, we could be looking at $5 a gallon to fill up. So, that would be a huge increase. And that is really dependent on whether or not we can get this oil out of the Persian Gulf.” – Steve Moore, Wall Street Journal, Beck, FOX News (February 2, 2011)

“The current average for a gallon of unleaded gasoline, self-serve in this country, is $3.19 right now, up from yesterday. A year ago, it was $2.66 a gallon. So we’re $3.19 a gallon. There are some people talking about how much oil will go up to if this unrest continues. Some suggesting gas at $5 a gallon by this summer.” – Ali Velishi, CNN Newsroom (February 23, 2011)

“We could see gasoline between $4 and $5 a gallon by Memorial Day, maybe sooner.” – David Kotok, Chairman of Cumberland Advisors, World News with Diane Sawyer (February 23, 2011)

“Word is if the turmoil spreads in the Middle East, America’s gas prices will head north. Way north. They could rise to $5 a gallon.” – Carol Costello, CNN Newsroom (February 24, 2011)

“And as we`ve heard the crisis in Libya has gas prices skyrocketing. Get this. It could hit five dollars a gallon in the coming weeks.” – Russ Mitchell, CBS Early Show (February 26, 2011)

“And if gas prices continue their 22-day rise, it won`t be long before four dollar or even five dollar a gallon gas torpedoes the country`s what some people call weak economic recovery.” – Ed Schultz, The Ed Show, MSNBC (March 9, 2011)

“We got five dollar gas, unbearable unemployment, a federal government that’s out of control. He’s kicked it in the dugout in the international arena. We just can’t afford another whimsical election.” – Tim Pawlenty, Piers Morgan Tonight, CNN (April 12, 2011)