Redistricting cycles have seen the greatest net partisan advantage change in the US House over the last 100 years compared to election years ending in 0, 4, 6, or 8 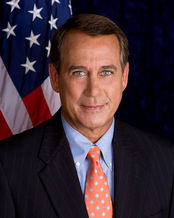 With three consecutive partisan waves sweeping the nation since 2006 and state legislatures, commissions, and undoubtedly courts churning out new congressional redistricting maps in the coming months, political observers are pondering whether 2012 will bring another colorful sea change to the nation’s lower legislative chamber.

With redistricting yet unsettled across a majority of the states, discontent bubbling up within the Democratic base, as well as a splintered Republican Party trying to absorb a growing Tea Party contingent, handicapping the 2012 U.S. House races at this stage is full of question marks.

Still, electoral history over the last 100 years suggests there is good reason to think another significant shift in the partisan advantage of the U.S. House is possible in 15 months.

A Smart Politics review of cycle-to-cycle changes in the partisan composition of the U.S. House since it settled on 435 members in 1912 finds the largest such changes have occurred during redistricting years ending in ‘2’ – with the net partisan advantage changing at a 34.2 percent greater rate than in non-redistricting cycles.

While the last few redistricting cycles have been rather tame by historical standards – with a net +8 seat gain for the Republicans in 2002 and a net +9 seat gain for the Democrats in 1992 – the general picture over the last 100 years has been one of significant partisan shake-ups in the House in years ending in ‘2.’

Seven of these 10 redistricting years since 1912 have generated double-digit cycle-to-cycle shifts in the partisan advantage in the House, including six cycles at more than 22 seats.

The biggest such shift over the last century occurred in a redistricting year – 1932 – with the election of Franklin Roosevelt during a Democratic tidal wave.

During that cycle, Democrats emerged with a +97-seat gain compared to the previous cycle to take a 313 to 117 seat advantage in the House.

Of course, the most commonly observed variation in the partisan divide of the U.S. House is the midterm election, in which the president’s party usually yields a larger than normal number of seats to the opposition party.

That maxim famously came to fruition last November when Barack Obama and the Democrats shed 63 seats during the 2010 midterms.

Since 1912, midterms have seen an average cycle-to-cycle partisan advantage change of 33.6 seats in the House, compared to just 23.9 seats during presidential election years.

The volatile political climate suggests this is likely, and there is historical precedent over the last century – though in which direction is the question.