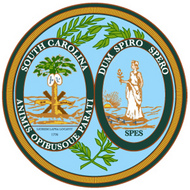 The importance of Saturday’s South Carolina primary has been elevated due in part to the media chatter about how the state always “picks winners” in Republican presidential elections, dating back to Ronald Reagan in 1980.

In short, the media mantra is: “As South Carolina goes, so goes the nomination.”

A Smart Politics review of Republican primary election results over the last few decades finds that South Carolina is one of 20 states that have backed the eventual Republican presidential nominee in all of its primaries or caucuses since 1980.

Of course, if there is any predictive value associated with how a given state votes in the primary process, it would admittedly be greater for those falling early on the primary calendar (such as South Carolina today) as opposed to a state such as Idaho, which consistently holds its primary late in the season when most candidates have already exited the race.

That being said, South Carolina’s primary has not always been jutted up at the beginning of the election calendar, as it has been since the turn of the century when it landed one of the first five contests during the 2000, 2008, and 2012 cycles.

From 1980 through 1996, the Palmetto State’s earliest placement was 10th on the Republican calendar:

· In 1980, South Carolina held its primary after the Iowa, Hawaii, Maine, Arkansas, Wyoming, and Minnesota caucuses and the New Hampshire, Massachusetts, and Vermont primaries.

· In the next contested GOP race in 1988, the South Carolina primary came after the Michigan, Kansas, Hawaii, Iowa, Wyoming, Nevada, Minnesota, Maine, and Alaska caucuses, and the New Hampshire, South Dakota, and Vermont primaries.

· In 1992, the South Carolina primary was conducted after the Nevada, Iowa, Maine, and Alaska caucuses and the New Hampshire, South Dakota, Colorado, Georgia, and Maryland primaries.

· In 1996, the state held its GOP primary behind the Hawaii, Alaska, Louisiana, and Iowa caucuses and the New Hampshire, Delaware, Arizona, North Dakota, and South Dakota primaries.

Still, most of the states listed above do not share South Carolina’s unblemished record over the last few decades and, as a result, perhaps Palmetto State voters deserve some recognition for their collective endorsement of the eventual Republican nominee.

That is to say, nearly all of the other 19 states with perfect records since 1980 have seen their primary or caucus dates generally land in the middle or latter part of the election season, or at least later than South Carolina’s on average.

And which states have the worst track record in voting for the eventual Republican nominee?

Since 1980, four states have failed to cast their primary or caucus ballots for the eventual nominee three times: Alaska, Iowa, Massachusetts, and Michigan: