Buoyed by key primary battles down the ballot and a gay marriage ban initiative, Indiana and North Carolina notch the 3rd and 4th biggest increases in GOP presidential primary turnout from 2008 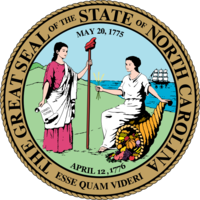 When a presumptive nominee emerges during the presidential primaries – as Mitt Romney has done this cycle – there is often little incentive to drive voters to the polls in the waning months of the primary season.

That wasn’t the case this week, however, in North Carolina and Indiana.

A high-profile primary battle in the U.S. Senate in Indiana and an open gubernatorial race in North Carolina combined with the latter state’s constitutional amendment banning gay marriage helped prompt the Tar Heel and Hoosier States to tally the third and fourth biggest increase in turnout in the Republican presidential race from 2008.

North Carolina saw an increase of 86.8 percent, or over 449,000 votes, from the 2008 cycle when John McCain had long sealed his ‘presumptive nominee’ status.

That trails only Mississippi at +99.4 percent and Wisconsin at +91.2 percent for the biggest increases from the 2008 primary election season.

Mississippi’s increase is attributed to both a tight three-way battle in the state for the presidential race between Romney, Rick Santorum, and Newt Gingrich combined with a controversial life-at-conception initiative that was defeated at the ballot box.

Indiana’s primary, which saw Republican voters come out to crush six-term incumbent Dick Lugar in the GOP U.S. Senate race, has the fourth highest cycle-to-cycle increase from 2008 at 55.0 percent.

Turnout in the third state to hold its primary on Tuesday – West Virginia – was down 5.8 percent from four years ago.

Overall turnout voter for the 2012 GOP primaries and caucuses is basically flat from 2008 – down 0.7 percent out of 14+ million voters among the 36 states with comparable data from the previous cycle.