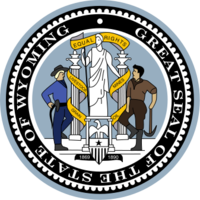 Although the 2012 presidential election delivered very few surprises in terms of the state-by-state winners, there were perhaps some unexpected results in terms of the margins of victory across the various states.

For example, throughout the election cycle few probably predicted the Romney-Obama contest in Georgia would end up more competitive than the results in several states that had been frequently discussed as battlegrounds, such as Arizona, Michigan, Missouri, and New Mexico.

Or that the race for South Carolina’s and Mississippi’s electoral votes would ultimately be more closely fought than Oregon’s.

And while no statewide records were set, several states did find their 2012 victory margin rank among the closest – or the biggest blowout – in state history.

On the competitive side, the 2012 election delivered a Top 5 most competitive finish in the history of three states since the birth of the modern two-party system in 1828: Florida, Alaska, and North Carolina.

It was just the seventh time a presidential race had been decided by less than five points in the Sunshine State.

Although Romney’s 14.0-point win in Alaska was far from a nail-biter, it was much closer than expected and marked the fourth closest such contest in the state (out of 14 cycles).

The only races that were more competitive in Alaska presidential electoral history were Richard Nixon’s 1.9-point win over John Kennedy in 1960, Nixon’s 2.6-point win over Hubert Humphrey in 1968, and George H.W. Bush’s 9.2-point victory over Bill Clinton in 1992.

Alaska is also one of just three states won by John McCain in 2008 in which Obama decreased his margin of loss in 2012 (along with Louisiana and Mississippi). And, at +7.6 points, it was also Obama’s biggest improvement.

In North Carolina, Romney’s 2.0-point victory was the fifth most competitive race out of 46 election cycles since 1828.

And as for the blowouts?

The Romney-Obama matchup delivered a Top 5 all-time landslide for six states across the country:

The District of Columbia, which has voted in 13 cycles since 1964, recorded its second most lopsided victory at 83.6 points for Obama behind his 85.9-point victory there in 2008’s.