The 24 female House GOPers in 2012 tally an average conservative composite score of 72.5 in National Journal’s annual rankings, falling two years in a row after peaking at 80 in 2010 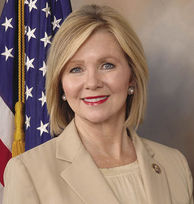 The 32nd installment of National Journal’s ideological vote ratings for members of Congress is out, and with it the expected buzz as to which members of the two chambers ranked as the most conservative and most liberal over the past year.

And while the 112th Congress may be known as one of the most conservative in recent history with the tea party helping the GOP take back control of the House in 2010, a certain bloc of Republican House voters during each of the last two years has drifted closer to the center, at least relative to the chamber overall.

(Note: National Journal vote rankings do not measure absolute changes in liberalism or conservatism – only the relative change from one representative (or, in this case, a group of representatives) to another on a 100-point scale. The publication explains its methodology and data limitations here).

In 2012, the 24 female Republicans serving in the House of Representatives averaged a composite conservative ranking of 72.5.

That means female GOPers in the House voted more conservatively than 72.5 percent of the body as a whole across foreign, social, and economic policy legislation.

This marks a drop in the composite conservative ranking among Republican women for the second consecutive year.

Republican women peaked with a composite conservative score of 80.0 in 2010, led by former Ohio Representative Jean Schmidt of Ohio at #6.

During that year, all-time high water marks for GOP women on the conservative scale were set on foreign policy (78.5) and economic policy (78.3).

Women voted the most conservatively compared to their peers on social policy issues in 2009, registering a 76.0 score collectively.

But after the election of 2010, perhaps due to a much larger influx of (more conservative) tea party men into the House, the composite conservative score for Republican women fell sharply to 73.6 and then again to 72.5 in 2012.

And who were the most conservative women in the House last year?

In 2012, Marsha Blackburn (TN-07) once again had the highest conservative ranking for House GOP women at #3 overall – voting more conservatively than 96.5 percent of her colleagues in the chamber.

The peak collective conservative ranking for Republican women in House was also in 2010, at 83.2.

National Journal vote data compiled by Smart Politics. Data indicates the percentage of Representatives of which female GOPers are more conservative by issue.

The biggest jump across the decades for GOP women has been in foreign policy, rising from scores in the mid- to high 40s in 1981 and 1982 to consistently in the 70s since 2008.

And what happened to these 24 Republican women in the House in the 2012 election cycle?

In the 113th Congress, the 17 aforementioned female GOPers were joined by newcomers Susan Brooks (IN-05), Ann Wagner (MO-02), and Jackie Walorski (IN-02).

National Journal vote data compiled by Smart Politics. Data indicates the percentage of Representatives of which female Republicans are more conservative by issue.