One active governor tops the list, while another will crack the Top 10 by the end of his term; two current west coast governors will climb onto the list later this year 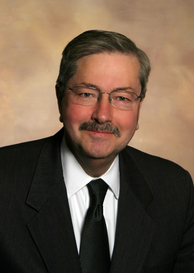 When three former governors won back their old seats in the 2010 election cycle – Iowa Republican Terry Branstad, Oregon Democrat John Kitzhaber, and California Democrat Jerry Brown – it became clear there would be changes on the gubernatorial leader board for all-time service.

(Note: This study compiles data of governors of states in the post-U.S. Constitutional period, and hence does not count several years of service of New York’s George Clinton, who governed for more than a decade of his 20+ years before statehood).

Branstad has not officially announced his candidacy for 2014, but has already amassed a record of Joe Dimaggio-like proportions that no one may ever break.

Through Tuesday, April 9th, Branstad has served 6,663 days in office in the Hawkeye State (18 years, 2 months, 29 days) which is 812 days and counting more than Janklow.

The Iowa GOPer previously served from 1983-1999 before unseating Democratic incumbent Chet Culver in the 2010 cycle.

(A recent Smart Politics report found Fenner holds the all-time record by getting elected 16 times – all one year terms).

So does any governor have a chance of catching Branstad?

Despite making headlines in recent months with a new reality show and young wife, at age 85 it is unlikely Louisiana Democrat Edwin Edwards (#6 above) will come out of retirement.

That means the burden of catching Branstad falls squarely on the shoulders of fellow Republican Rick Perry of Texas.

When Perry completes his term in January 2015 he will just crack the Top 10 at 5,144 days served, or two days longer than former Wisconsin Governor Tommy Thompson who currently holds the #10 slot.

If Branstad retires, Perry would still need to serve another 2,159 days to tie his record.

That means the former presidential candidate would need to not only win the 2014 election but also the 2018 cycle and serve through 2020. 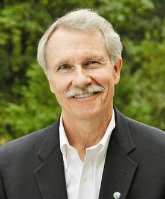 As for the aforementioned Democrats Kitzhaber and Brown, each are currently sitting just shy of the Top 50 tied in 53rd place at 3,754 days.

New York has the most governors of those serving at least 10 years with four: Nelson Rockefeller at #9 and Thomas Dewey, Mario Cuomo, and George Pataki tied for #24.

Here is how the most experienced governors break down by century: