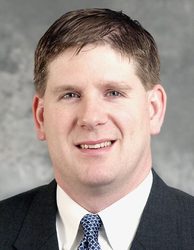 Whether or not the party will rally around a single candidate remains to be seen, although history suggests at least two Republicans will stick around until Primary Day.

In only four of the 38 GOP gubernatorial primaries held over the last 100 years has a GOP nominee gone unchallenged: in 1954 with C. Elmer Anderson, in 1960 and 1962 with Elmer Andersen, and in 1974 with John Johnson.

Crowning their candidate early has not exactly been successful for the Republican Party – with three of these four nominees losing the general election: Anderson in 1954, Andersen in 1962, and Johnson in 1974.

But would a competitive primary help the eventual GOP nominee?

That’s hard to say, because Republicans have not had a competitive primary in a gubernatorial race in nearly 90 years.

A recent Smart Politics report examined the history of Minnesota U.S. Senate Republican primaries and observed that the party’s 2012 contest – decided by 15 points – was its most competitive in over 75 years.

The same cannot be said for the most recent GOP gubernatorial primary in 2010.

After Marty Seifert abided by the party’s endorsement of Tom Emmer and dropped out of the race, Emmer cruised to a 75-point win in a four-candidate field among lesser known Republicans.

The GOP has not had a gubernatorial primary decided by 15 points or fewer – let alone single digits – since 1924 when incumbent J.A.O. Preus opted not to run for a third term. 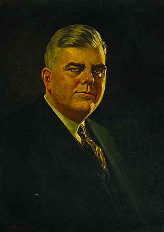 Preus’ decision yielded an extremely competitive six-candidate field in which the winner, Theodore Christianson, carried only 22.8 percent of the vote – narrowly beating Ole Jacobson by 2.8 points.

George Leach was only 3.8 points back with 19 percent while Curtis Johnson was 4.5 points behind at 18.7 percent.

Since 1924, however, there has been little drama on primary day on the Republican side of the ballot.

The average victory margin has been 62.2 points across these 31 contests with only five races decided by less than 20 points:

· In 1938, Harold Stassen defeated Martin Nelson by 18.0 points in a four-candidate field.

· In 1942, incumbent Governor Stassen defeated Nelson again by 18.5 points in a three-candidate field.

· In 1990, Jon Grunseth defeated Arne Carlson by 17.8 points in a six-candidate field. (Carlson would become the party’s eventual nominee and win the general election after a scandal befell Grunseth who exited the race shortly before the election).

Overall, since 1912, the victorious GOP gubernatorial primary candidate has carried 73.6 percent of the vote and won by an average margin of 53.9 points.

Only once during this 100-year span has a sitting GOP governor lost a primary race: Adolph Eberhart was defeated by progressive Republican William Lee by 8.4 points in 1914.

Minnesota is one of two-dozen states to never have had a woman serve as governor, and female candidates have struggled to date in Republican gubernatorial primaries with all but two coming in last place:

· In 1966, Lorna Tarnowski placed last out of two candidates with 2.1 percent.

· In 1986, Beatrice Mooney placed last out of five candidates with 1.9 percent.

· In 1990, Mary Jane Rachner placed fourth out of six candidates with 0.9 percent.

While there is currently no woman in the Republican gubernatorial field, State Senator Julie Rosen has been mulling a bid in recent weeks.

* Replaced on the general election ballot by Arne Carlson. Table compiled by Smart Politics with information provided by the Minnesota Secretary of State and Legislative Manuals.