Western states dominate the top of the list, with Alaska, Arizona, Hawaii, Nevada, Washington, and Wyoming all in the Top 10

A recent Smart Politics report examined the winning percentage of female gubernatorial nominees as challengers (six percent), candidates for open seats (40 percent), and as incumbents (83 percent) since 1924 when the first two women were elected governor in U.S. history (Ma Ferguson of Texas and Nellie Tayloe Ross of Wyoming).

In Part II of this series, Smart Politics looks at the frequency across the states with which women have been nominated for governor by the Democratic and Republican parties over these last 89 years.

Which states have nominated women the most? And which the least?

Because there were only a handful of women to receive their party’s nomination during the first 50 years since Ferguson and Ross won their seats, the two most recent states to achieve statehood, Alaska (17.9 percent) and Hawaii in 1959 (14.3 percent), lead the way.

* Female candidates are counted in Louisiana in primaries during cycles in which no run-off general is conducted. Table compiled by Smart Politics.

Another way to get a better glimpse of which states have been more likely to nominate women for the chief executive state office is to look at the data over the past quarter century. 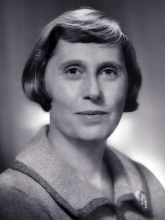 Before the 1986 cycle, the largest number of female major party gubernatorial nominees in a given cycle was only three, in 1974.

In that cycle, Democrat Ella Grasso of Connecticut and Republicans Louise Gore of Maryland and Shirley Crumpler of Nevada all appeared on the general election ballot. (Only Grasso was victorious).

Orr, a challenger, and Kunin, a one-term incumbent, won their gubernatorial races.

During this 27-year span, an average of 13.0 percent of major party gubernatorial nominees have been women, or 96 of 738.

* Female candidates are counted in Louisiana in primaries during cycles in which no run-off general is conducted. Table compiled by Smart Politics.

A majority of states have yet to elect a woman into the governor’s office (27), with the remaining 23 states electing female nominees a total of 42 times since 1924 led by Arizona and New Hampshire with four each and Connecticut, Kansas, Vermont, and Washington with three.

As the tables above indicate, major parties in 10 states, however, have failed to even nominate a female gubernatorial candidate to the office once: Georgia, Idaho, Minnesota, Mississippi, New York, Ohio, South Dakota, Tennessee, Utah, and Wisconsin.

Eight of these states will hold gubernatorial elections in 2014 (Georgia, Idaho, Minnesota, New York, Ohio, South Dakota, Tennessee, Wisconsin) but only Georgia and Wisconsin are poised at this time to have a good chance at ending this drought.

Overall, through the 2013 gubernatorial elections in New Jersey and Virginia, Vermont leads the nation with the most female major party gubernatorial nominees with eight.

Arizona is next with six followed by Connecticut, Hawaii, New Hampshire, and Wyoming with five and Alaska, Maryland, Nevada, Rhode Island, and Washington with four.

New Hampshire is poised to move up to a tie with Arizona for second place after the 2014 cycle with Democratic Governor Maggie Hassan running for a second term in the Granite State.

Three other incumbent first-term female governors are shoo-ins to appear on the ballot: Republicans Susana Martinez of New Mexico, Mary Fallin of Oklahoma, and Nikki Haley of South Carolina.