The partisan hold of nearly one-third of U.S. Senate seats have flipped in special elections over the last 100 years 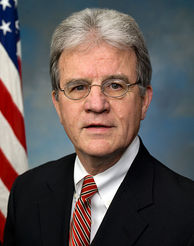 Oklahoma Republican Tom Coburn’s decision to resign at the end of the year due to health issues means there will now be three special U.S. Senate elections on the ballot in November of 2014.

In addition to Coburn’s seat, the seats held by appointed incumbents Tim Scott of South Carolina and Brian Schatz of Hawaii will also be on the ballot in special elections this fall.

The current party occupying all three seats (the GOP in Oklahoma and South Carolina and the Democrats in Hawaii) is expected to hold each seat this November.

How common has it been for seats to flip in U.S. Senate special elections over the decades?

There have been 173 popular vote special elections conducted in the chamber since 1912 – with the seat changing partisan control in 54 of these contests, or 31 percent of the time.

Thirty-six of these special elections occurred after the appointment of a U.S. Senator to temporarily fill the vacancy changed the partisan hold on the seat.

However, this scenario has been quite rare in recent decades, occurring just three other times over the last 50+ years since 1960:

· 1983: Washington Republican Daniel Evans was appointed to fill the vacancy caused by the death of Democrat Scoop Jackson

· 1991: Pennsylvania Democrat Harris Wofford was appointed to fill the vacancy caused by the death of Republican John Heinz

During these 36 contests, the winner of the special election flipped the seat back to the original party that had held the seat prior to the appointment 18 times.

The most recent example of this was New Jersey Democrat Cory Booker’s victory in October 2013.

Booker’s victory actually marked the first time a U.S. Senate seat flipped back after an appointment in a special election in 55 years.

That November, Democrat Jennings Randolph defeated Hoblitzell in the special election to win back the seat for his party.

In the remaining 18 contests, the party of the appointed U.S. Senator was able to maintain the flipped seat in its column after the special election.

The aforementioned victories by Griffin in Michigan (1966), Evans in Washington (1983), and Wofford in Pennsylvania (1991) are the most recent examples.

In the remaining 137 special elections, there was either no U.S. Senator appointed to the seat (as will be the case with Coburn in Oklahoma) or the appointed Senator was of the same party of the previous officeholder (e.g. Schatz in Hawaii filling Democrat Daniel Inouye’s seat).

As expected, across these 137 races, the seat flipped a bit less frequently – 36 times, or in 26 percent of the contests.

The 10 most recent examples are:

The most common outcome, however, is for a Senate seat to be held after the death/resignation/retirement, through the appointment (if one is made), and after the special election.

This has happened in 101 instances, and the most recent winners of such special elections are:

And if the three special elections on the ballot this November seems high – it is.

Over the last 50 years dating back to 1964, there has only been one cycle with more U.S. Senate special elections on the November ballot – four years ago in 2010 (with the election of Coons, Gillibrand, Kirk, and Manchin).

In November 1966 there were also three special U.S. Senate elections on the ballot: races won by Republican Robert Griffin of Michigan and Democrats Fritz Hollings of South Carolina and Harry Byrd, Jr. of Virginia.