It has only happened one time in the last 90+ years, but the political climate just might allow the GOP to claim all nine Midwestern governorships on the ballot this November 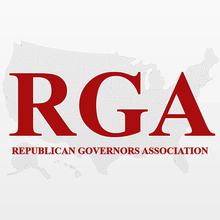 The primary victory by Bruce Rauner in Illinois last week sets in motion a general election matchup against embattled Democratic incumbent Pat Quinn that the GOP believes can give the party its first gubernatorial victory in the Prairie State this century.

Illinois is one of two Midwestern governorships that barely eluded Republicans during the 2010 political tsunami.

The GOP came within a whisker of sweeping all nine races in the region that cycle when it lost Minnesota to Mark Dayton by just 0.4 points and Illinois to Quinn by 0.9 points – the narrowest and third narrowest victory margins in the country that cycle.

But now, needing to hold serve in seven states and pick up two others, the Republican Party is optimistic that it could turn in one of its strongest top-of-the-ticket showings in decades.

Smart Politics examined nearly 500 Midwestern gubernatorial elections since 1900 and finds that a Republican sweep of all nine gubernatorial seats in the Midwest in 2014 would be the first of its kind since 1946 and would result in the party holding 11 of the region’s 12 seats for just the third time since the Great Depression.

Nine of these states (all but Indiana, Missouri, and North Dakota) will hold elections this November with eight featuring an incumbent on the ballot (Republican Dave Heineman of Nebraska is term-limited).

To be sure, Democrats are far from ceding many of these GOP-held seats – let alone the ones they are defending in St. Paul and Springfield.

Democrats aim to be competitive in traditional battleground states like Michigan, Ohio, and Wisconsin, where, in the latter two states, the party hopes 2016 presidential speculation may help derail the reelection campaigns of John Kasich and Scott Walker.

Additionally, low approval ratings for Sam Brownback in Kansas have seemingly given Democrats an opening in the deep red Sunflower State with their nominee, House Minority Leader Paul Davis.

Democrats will also assuredly invest in their Iowa gubernatorial nominee, Jack Hatch, although he has trailed Terry Branstad, the longest-serving governor in U.S. history, by double-digits in all polling conducted to date.

Republicans are not expected to face serious competition in Nebraska and South Dakota. (Democrats are currently in the midst of a 40-year electoral drought in the Mount Rushmore State – the longest suffered by either party; Richard Kneip was the last Democrat to win the state in 1974).

While capturing the governor’s mansion in Illinois seems well within reach for the GOP, despite the state’s blue tilt, Minnesota may prove to be its biggest challenge.

Seifert and five other Republicans are vying for their party’s nomination, with few expected to abide by the party’s endorsement this cycle.

Dayton is considered the favorite by all prognosticators although polling has been scant in 2014 with a still splintered GOP field.

If Democrats believe they can be competitive in Iowa against Branstad, Republicans can surely feel the same in Minnesota against Dayton as governors in both states preside over some of the lowest unemployment rates in the nation.

But can the GOP go nine for nine?

The last time Republicans swept nine or more gubernatorial races in the Midwest in one cycle was during the GOP wave of 1946.

Only Missouri – which did not hold an election in 1946 – remained in the Democratic column among the dozen Midwestern states (with Republican-held seats in Illinois and Indiana also not on the ballot until 1948).

During the last 100 years, the only other cycle in which Republicans swept nine or more gubernatorial elections was in 1920 when the party went 12 for 12 in the region – holding 10 seats and picking off Missouri and Ohio.

Republicans have thoroughly dominated the Midwest region in the race for governor since the turn of the 20th Century.

Overall, the GOP has won almost twice as many races as the Democrats during this 110+-year span.

Independents and third parties have captured 10 seats, or 2.0 percent.

Democrats have won more gubernatorial races than the GOP in only two decades during this 12-decade span – in the 1930s and 2000s.

During the 1930s, Democrats won 27 contests with Republicans capturing 17 and independents and third parties tallying seven in Minnesota, North Dakota, and Wisconsin.

Minnesota was the only Midwestern state not to elect a Democratic governor that decade, with Republicans failing to score a victory in Illinois, Indiana, Missouri, and Nebraska.

The two major parties also split the 46 elections held during the 1960s.

If Republicans lose no more than one contest during the 2014 cycle, they will be winning gubernatorial races in the Midwest at an 80+ percent rate in the decade for the first time since the Roaring Twenties.

To be sure, with a region as politically diverse as the Midwest it will be difficult for Republicans to pull off this clean sweep and bring its total number of governors in the region to 11 come January 2015.

To do so will almost assuredly require Obama to be clearly under water with his approval ratings.

The last time Republicans reached 11 governorships in the Midwest came after the Election of 1980 when Jimmy Carter’s approval ratings were south of 40 percent.

The GOP was victorious in eight of nine gubernatorial contests in 1978 – holding Illinois, Iowa, Michigan, and Ohio and picking up Minnesota, Nebraska, South Dakota, and Wisconsin.

In 1980, Republicans held seats in Indiana and Missouri and picked off North Dakota to claim 11 of the 12 seats in the region with the Democratic pick-up in Kansas in 1978 the only blemish for the GOP.

Democrats have yet to do so during this period.