Two states – Rhode Island and Nevada – have elected U.S. Senators into the majority party of the subsequent Congress 75+ percent of the time over the last 100 years; Virginia has done so in each of the last six elections 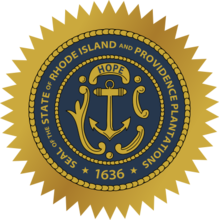 In a midterm election cycle in which the balance of power in the U.S. House is not in doubt, the central question remains which party will control the U.S. Senate after the November elections.

A bevy of races have been highlighted that suggest – in the current political climate – the Republican Party will gain seats.

But will they gain enough?

As prognosticators lay out the odds for each of 2014’s key races, Smart Politics attempts to determine if there is a shortcut in the form of a U.S. Senate ‘bellwether state’ – that is, the state that most frequently elects candidates who form the majority party when the subsequent Congress convenes in January.

A Smart Politics analysis of more than 1,800 U.S. Senate contests since the passage of the 17th Amendment in 1913 finds that the winner of elections in Rhode Island and Nevada have the strongest correlation with partisan control of the chamber with Virginia tallying the longest active such streak at six consecutive cycles.

For years, when political observers looked to project a winner in presidential elections they often used the State of Missouri as a guide.

On the U.S. Senate side, five states from three regions of the country have elected Senators helping to form the majority party in the impending Congress at a greater than 70 percent rate: Rhode Island in the East, Nevada and Washington in the West, and Alabama and North Carolina in the South.

The state which comes closest to being called a bellwether across the last century is Rhode Island.

The Ocean State has voted for U.S. Senate candidates from the party that would form the majority in the subsequent Congress in 27 out of 35 contests over the last 100 years, or 77.1 percent of the time. 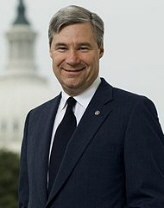 The state has elected Democrats in each of the last three races, including flipping Republican Lincoln Chafee’s seat in 2006 with nominee Sheldon Whitehouse as the Democrats took back control of the chamber.

Since then, the state’s bellwether track record has been a bit more bumpy, electing majority-bound candidates in eight of 13 contests.

Three-term Democratic incumbent Jack Reed will be on the ballot this November in what is considered a safe hold for the party.

Ranking close behind Rhode Island is the State of Nevada.

Even though the Silver State has had a fairly spotty recent history in electing U.S. Senators into the majority, it has nonetheless done so at an impressive 75.7 percent rate over the last century.

Democratic Majority Leader Harry Reid’s 2010 victory was a key, signature win by this measure as many prognosticators had expected him to lose his bid for a fifth term (and control of the chamber for his party) that cycle.

Between 1932 and 1992, however, the Silver State definitely earned bellwether state status in elections to the nation’s upper legislative chamber.

Nevada elected U.S. Senators from the party that would control the chamber during the subsequent Congress in an astounding 22 of 23 cycles, or 95.6 percent of the time.

Across these 60 years, the only time Nevada failed to do so was in 1974, when Republican Paul Laxalt edged Reid by just 624 votes.

Nevada will not hold a race for the Senate until 2016, but four of the remaining Top 10 ranking states will.

Prior to the last two cycles in which Republicans Richard Shelby and Jeff Sessions were elected from the minority party, Alabama had voted U.S. Senators into the majority party during 20 of 21 cycles from 1948 through 2004 (with Democrat Howell Heflin’s 1984 victory the lone exception during this 56-year period).

Rounding out the Top 10 are Arkansas at 69.4 percent and Connecticut, Georgia, Missouri, and Ohio at 68.4 percent.

Alabama, Arkansas, North Carolina, and Georgia will all conduct U.S. Senate elections this cycle, with the latter three all high profile races.

At the other end of the spectrum, six states have elected U.S. Senators over the last century that have ended up in the subsequent Congress’ minority party at least more often than not.

Two states – Kansas and Vermont – have truly been anti-Bellwethers, sending senators to D.C. who have been in the majority party at less than half the rate of states like Rhode Island, Nevada, Alabama, and North Carolina.

Kansas is at the bottom – electing Senators in the majority party only 35.1 percent of the time (13 out of 37 contests).

This is largely due to the state being the reddest in the nation when it comes to senatorial elections. The last Democrat to win Kansas was George McGill in 1932 – some 29 cycles ago.

Vermont – which has yet to elect a Democrat to its Class I seat in history – has elected senators into the majority in just 14 of 39 cycles, or 35.9 percent of the time.

Note: Includes general and special elections. Only winning candidates from a state who share the party label of the impending majority party are counted, even though a few independents and third-party candidates would later join the majority caucus (e.g. Angus King of Maine in 2012). Table compiled by Smart Politics.

In recent years, as partisan control has switched from the GOP to the Democrats, very few states have elected U.S. Senators for more than a few cycles that correlated to control during both eras.

Virginia has the longest current streak at six cycles dating back to the Election of 1996.

The election of Webb over Allen in 2006 by less than 10,000 votes was a crucial victory for the Democrats to win back the chamber for the first time in 12 years.

Senator Warner is seeking a second term in 2012 against likely GOP nominee Ed Gillespie – former Chairman of the Republican Party.

Only five other states have streaks of four consecutive contests.

Minnesota and New Mexico each have done so since 2002 while the streaks for Delaware, New York, and West Virginia began in 2006 (and include special election contests).

Looking a bit more broadly, three other states stand out as recent bellwethers over the last few decades: Ohio, Pennsylvania, and New Hampshire.

Ohio has elected U.S. Senators of the majority party in the subsequent Congress in nine out of 10 cycles since 1986, with Rob Portman’s win in 2010 the only victory by a candidate of the next Congress’ minority party.

The election of U.S. Senators in Pennsylvania has correlated to control of the Senate in six of the last seven cycles since 1994 (with GOPer Pat Toomey’s 2010 win the only blemish).

New Hampshire voters have sent to Washington majority party victors in five of the last six contests since 1996 (with Republican Kelly Ayotte’s 2010 victory the lone exception during that span).

No other state has been even a somewhat reliable bellwether for which party will control the U.S. Senate over the last two decades.

In the 2014 cycle, more than a dozen states have been targeted as either competitive, potentially competitive, or likely to flip this November.

Among these states, North Carolina’s electoral history has the highest correlation to impending control of the chamber, with 72.6 percent of its winners sitting in the majority over the decades.

States to watch in 2014 with the weakest history of electing senators in the majority are South Dakota (47.1 percent of the time), New Hampshire (50.0 percent), and Iowa (55.6 percent).

Here is the bellwether rating over the last 100 years for each of the key states with Senate elections in November: