Vance McAllister’s political half-life may be running out, but he won’t quite have the briefest stint in the U.S. House from the Pelican State – that would be Effingham Lawrence at just one day. 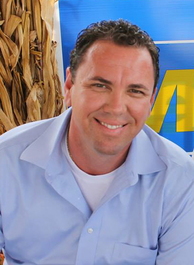 For the second day in a row, Louisiana Republican Vance McAllister did not show up to vote in the U.S. House of Representatives as a video documenting his extramarital encounter with a former staffer made headlines across the country.

As of Monday evening, McAllister gave no indication he would resign and, in fact, stated he was planning on running for reelection – barring an outcry from his constituents.

While it is unclear in what form that would need to take, there was a decided outcry Tuesday from the husband of the woman seen kissing the congressman in the surveillance video. Heath Peacock appeared on CNN Tuesday saying he was “devastated” and that McAllister “wrecked his life” and he was now seeking a divorce as a result.

Even if McAllister does resign in the coming days, the Louisiana U.S. Representative – who just got his job in mid-November after winning a special election – will not quite have the shortest stint in the chamber in state history.

Smart Politics dug into the data and found that 22 of the 165 Louisiana U.S. House members in state history have served for less than one full term since statehood, or 13 percent (including McAllister).

McAllister, who took office on November 16th of last year, has been on the job for 4 months and 24 days (144 days) through Wednesday, currently good for the eighth shortest tenure on the all-time service list in the chamber from the Pelican State.

If the scandal-plagued congressman does not resign but either retires at the end of this term or runs for reelection and is defeated at the ballot box, he will end up with the 15th shortest tenure from Louisiana at 1 year, 1 month, 18 days (413 days).

Although many Louisiana U.S. Representatives have served less than a term since statehood, very few have done so over the last 100+ years.

Of the 21 previous Louisiana U.S. Representatives to notch less than a full term in the chamber, only four served outside of the 1800s: Democrats Richard Tonry, Don Cazayoux, Samuel Gilmore, and John Overton.

One of these resigned and ended up in prison, another died in office, and a third exited after being elected to the U.S. Senate – scenarios that do not seem likely in the case of McAllister.

Samuel Gilmore was a city attorney in New Orleans when he won a special election in March 1909 to fill the vacancy after the death of Democrat Robet Davey.

John Overton was also elected via special election, in May 1931, after the death of Democrat James Aswell.

Overton’s stint in the House ended 1 year, 9 months, 19 days later, but in the meantime he was elected to the U.S. Senate, where he served until his death in 1948. 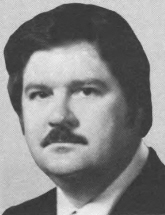 Richard Tonry was a member of the Louisiana House when he was elected to Louisiana’s 1st CD in 1976 in a plurality win over Republican Bob Livingston.

A Federal investigation into ballot-stuffing and taking illegal campaign contributions led to a guilty plea, a half-year in prison, and his resignation from Congress after just 121 days in office.

(Tonry then ran in the 1977 special election for his old seat, but lost in the Democratic primary to Ron Faucheux who was then defeated by Livingston).

Don Cazayoux was also a member of the Louisiana House when he won a 6th CD special election in May 2008 to fill Richard Baker’s longtime Republican-held seat.

But although the congressional career of McAllister may be short, it does not compare to the blink-and-you’ll-miss-him tenure of Effingham Lawrence.

For he served just one day.

Lawrence, a Democratic State Representative, ran for Louisiana’s 1st Congressional District in the Election of 1872.

The district – like much of the South – had been under Republican control during Reconstruction with GOPer J. Hale Sypher winning the seat by 20+-point margins in 1868 and 1870.

In 1872, the election was much closer with Sypher edging Lawrence by just 74 votes.

As was common in the day, Lawrence contested the election and was eventually declared the winner.

However, Lawrence was not seated until March 3, 1875 – the last day of the 43rd Congress – and thus tallied a congressional tenure of just one day.

Democrats would win the 1st CD seat (without Lawrence as the nominee) in 1874, and hold it until Bob Livingston’s special election victory in 1977 mentioned above.