Four members of the U.S. House died on Independence Day while in office; North Carolina and Pennsylvania delegations have had the most pass on the 4th of July 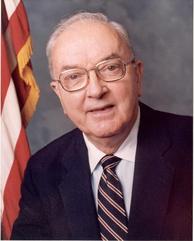 A year ago, Smart Politics published a report 40 Yankee Doodle Dandies – highlighting those eventual U.S. Senators and Representatives who were born on July 4th over the last 280+ years.

For this year’s entry, Smart Politics shines a light on the 35 Senators and Representatives across 22 states who passed away on Independence Day.

The most famous to do so was, of course, James Monroe in 1831 – exactly five years after fellow ex-Presidents Thomas Jefferson and John Adams died on the same day.

A few decades before becoming president, Monroe was one of Virginia’s first U.S. Senators – elected twice to the position and serving from 1790 until 1794. 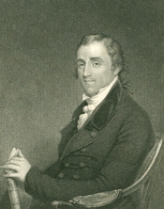 Ames served during each of the first four Congresses and was later selected to become president of Harvard University in 1804 according to the Biographical Directory of the United States Congress.

Ames declined that position due to ill health and died four years later on July 4, 1808.

Next on the list is Thomas Gholson – a five-term representative from Virginia.

Gholson served in the chamber from 1808 until 1816 and is one of four members of the U.S. House to die in office on July 4th. The other three are:

The longest-serving member of the U.S. House to die on July 4th was Michigan Republican Earl Michener.

The longest-serving member of the U.S. Senate to die on Independence Day was also the most recent member of either chamber to die on the 4th of July – North Carolina Republican Jesse Helms (pictured at top).

Helms was elected to five terms in the U.S. Senate and served 30 years from 1973 to 2003 before retiring from office.

Prior to Helms, the last member to serve in Congress who died on the 4th of July was former seven-term Democrat Peter Mack of Illinois (1949-1963) who died in 1986.

Other notables from Capitol Hill to die on July 4th include:

Overall, four members of Congress died on July 4th from North Carolina and Pennsylvania, with three each from Illinois and Maine.

U.S. Senators and U.S. Representatives Who Died on July 4th

Table compiled by Smart Politics with information culled from the Biographical Directory of the United States Congress.