No third party or independent candidate running for the U.S. House from Iowa has won five percent of the vote since 1934; only four of 238 candidates have reached 10 percent since 1914 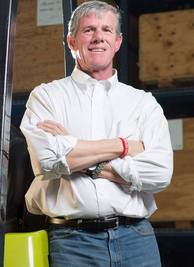 A Facebook post by failed Iowa Republican Congressional candidate Brad Zaun over the holiday weekend brought smiles to the faces of Iowa Democrats.

That nomination eventually went to fifth-place finisher David Young at the Republican nominating convention, although Zaun had led during early rounds of balloting.

Zaun, who plans to sponsor legislation to bring a primary runoff system to the Hawkeye State, issued a statement on Facebook on July 4th that read:

As we celebrate Independence Day there is several of my friends that are encouraging me to switch to an Independent. What do you think? Very frustrated as Republicans lost their way!

Iowa’s filing deadline is August 15th for third parties and independent candidates and the Hawkeye State is one of the few states in the nation that does not bar failed major party nominees from running under another label in the same cycle. (The so-called “sore loser law”).

If Zaun files as an independent with the necessary signatures over the next 5+ weeks, his candidacy would not simply tilt the already competitive 3rd CD race in Democratic nominee Staci Appel’s favor, he would likely receive more support than any third party or independent candidate in Iowa in nearly 100 years.

Supporters of an independent candidacy from Zaun would likely be a collection of:

· Zaun’s primary supporters, which tallied more than 10,000 in June
· Republicans who supported Robert Cramer, Matt Schultz, and Monte Shaw who are particularly disgruntled with the Young nomination (as their candidates also finished ahead of Young in the primary)
· Independents who have rarely been given the opportunity to vote for a viable alternative to a major party candidate in an Iowa Congressional race

To be sure, third party and independent candidates have not had a storied history in recent decades in Iowa congressional races.

A Smart Politics tally of Iowa election data finds that over the last 100 years there have been 238 third party and independent candidacies across 383 general and special elections in Iowa for the U.S. House of Representatives.

However, only nine of these 238 candidates have won more than five percent of the vote – and none over the last eight decades.

The best showing over the last 100 years by a non-major party candidate in an Iowa U.S. House contest was logged by independent Hattie Harl in 1920, although it comes with a disclaimer.

Harl recorded 17.9 percent in the 9th CD race won by five-term Republican incumbent William Green; however, there was no Democratic candidate on the ballot as an alternative to Green.

In fact, all but one of the nine independent or third-party candidates who won more than five percent of the vote since 1914 either had no Democrat on the ballot (e.g. Farmer-Laborite F.B. Althouse’s 10.7 percent in 1920 in the 2nd CD) or were part of a significant, organized national third party movement:

The lone exception was a candidate who was part of a regional third party movement: Farmer-Laborite John Wirds won 6.4 percent of the vote in the state’s 3rd CD contest in 1934.

Since the Great Depression, the only independent or third party candidates to eclipse even the three percent mark were Larry Chroman in 1992 and Roy Nielsen in 2006.

Prior to 1914, third parties had spurts of success in Iowa including candidates running under the Anti-Monopoly banner in 1874 (a coalition that included Democrats), Greenbackers in the mid-1870s through early 1880s, and the People’s Party in the early- to mid-1890s.

* No Democratic candidate on the ballot. Table compiled by Smart Politics.