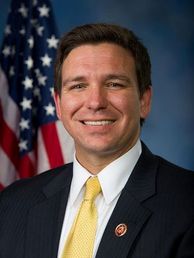 Republican Ron DeSantis’ entrance into Florida’s U.S. Senate race means there is a chance that both of the state’s major party nominees will be less than 40 years old on Election Day.

DeSantis will be 38 in November 2016 and Democratic frontrunner Patrick Murphy will be 33.

To be sure, neither of these young congressmen is guaranteed to receive their party’s nomination at this point.

Murphy might still face a challenge from the left from fellow Representative Alan Grayson while DeSantis is expected to have multiple challengers such as Lieutenant Governor Carlos Lopez-Cantera with Representatives Jeff Miller and David Jolly, former U.S. Senator George LeMieux, and former Congressman and Florida Attorney General Bill McCollum all contemplating bids.

(Note: If he runs and is victorious, McCollum would become the oldest newly elected (or appointed) U.S. Senator in Florida history).

But if DeSantis and Murphy are both able to win their respective primaries next year, will their general election matchup feature the youngest candidates for the nation’s upper legislative chamber ever to square off at the ballot box?

Out of the approximately 1,700 general and special U.S. Senate contests held during the direct election era, Smart Politics identified just two matchups in which major party nominees were collectively younger than Murphy and DeSantis.

The youngest pair of U.S. Senate hopefuls both came from Massachusetts political royalty. 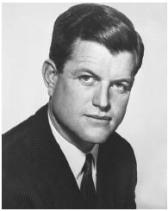 Kennedy (30 years, 8 months, 16 days), was running for his brother John’s old seat from which he resigned after being elected president two years prior. (Benjamin Smith had been appointed to the seat in between).

John Kennedy had picked off Henry Cabot Lodge, Jr.’s seat in the Election of 1952.

In the 1962 special, the Kennedys prevailed over the Lodges again, with Ted defeating George by 8.4 points.

The second youngest pair of nominees faced each other in New Jersey’s 1978 election in a race between Democrat Bill Bradley and Republican Jeff Bell who were a combined 70 years, 2 months, and 7 days old.

Bell had narrowly ousted four-term Republican U.S. Senator Clifford Case in that year’s primary but lost to Bradley in the general election by 12.2 points.

Bell would seek a U.S. Senate seat again in 1982 (losing the primary to Congresswoman Millicent Fenwick) and 2014 (losing the general election to Cory Booker by 13.6 points).

Other U.S. Senate elections featuring pairs of young nominees include: