Just one gubernatorial first lady has ever been elected to the U.S. House 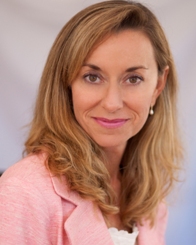 The recent announcement by U.S. Representative John Kline that he would not seek an eighth term in Minnesota’s second congressional district has not only put the politically moderate district back in play for the Democrats in 2016 but has also prompted many political figures in the area to quickly take stock of their electoral prospects.

One of the high profile GOP names being mentioned is Mary Pawlenty who served as a Minnesota District Court Judge for 12+ years, overlapping in part with her tenure as First Lady during Tim Pawlenty’s two terms as governor of the Gopher State from 2003-2011.

Many Republicans are expected to vie for their party’s nomination in the 2nd CD next year, but if Pawlenty does enter the 2016 race and is victorious, hers will likely be the most unusual pathway to the chamber.

Smart Politics analyzed the biographies of the more than 270 female U.S. Representatives to serve in the chamber and found that only one previously served as a gubernatorial first lady.

To be sure, the pathway to the U.S. House for many women during the early- to mid-20th Century was filling the congressional seats of their deceased husbands (with the overwhelming majority of these women only serving one term).

Overall, more than three-dozen women won special and/or general elections to fill their deceased husband’s U.S. House seat beginning with Mae Nolan of California in 1923 through Doris Matsui of California in 2005.

However, although their husbands held a much more elite political office, gubernatorial spouses have never developed a track record of translating their name recognition and political clout into winning seats in the U.S. House.

To date, only one female U.S. Representative has won an election to the chamber after previously serving as first lady in one of the 50 states – New Jersey Democrat Helen Stevenson Meyner. 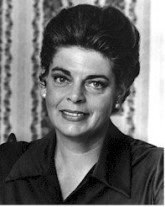 Governor Meyner was reelected in 1957 and Helen served as first lady of the Garden State for four-plus years.

After redistricting in 1972, Stevenson Meyner ran for Congress for the first time and fell to State Senator Joseph Maraziti by 12.8 points in the 13th district.

However, Meyner was renominated by her party and won her 1974 post-Watergate rematch against Maraziti by 14.6 points as well as the 1976 race against former State Senator William Schluter.

Congresswoman Meyner would serve two terms in the chamber before her defeat in 1978 to Warren County prosecutor James Courter.

Thirty-six years later, Mary Pawlenty may just try to add her name to that list.

It has, in fact, been more common for daughters or granddaughters of governors to win U.S. House seats than first ladies:

Although Representative Stevenson Meyner is the only gubernatorial first lady to win a U.S. House seat, a half-dozen other first ladies have landed seats in the U.S. Senate – although all due to being first appointed to the position first, except for one, Hillary Clinton, who likely won her seat due to being First Lady of a different office:

While never serving as gubernatorial first ladies, several sitting and former female U.S. Representatives later ran for governor in their own right with two being victorious: Connecticut Democrat Ella Grasso in 1974 and 1978 and Oklahoma Republican Mary Fallin in 2010 and 2014.

Note: There have been a few mayoral first ladies who later were elected to the U.S. House such as California Republican Mary Bono (Sonny Bono, Palm Springs) and Pennsylvania Democrat Vera Buchanan (Frank Buchanan, McKeesport).