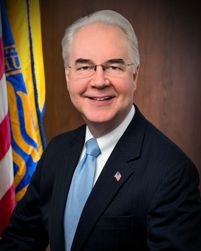 The resignation of Health and Human Services Secretary Tom Price last week was noteworthy not only for his extremely short time in office, but also for the stark contrast between his quick exit and the tenures of Barack Obama’s original department heads.

Price’s 232 days on the job ranks as the shortest tenure in history among the 23 appointees who served as secretary of Health and Human Services and its predecessor, the Department of Health, Education, and Welfare.

The average tenure of the 23 men and women to serve in this position has been 2 years, 9 months, and 1 day – or more than four times longer than Price. 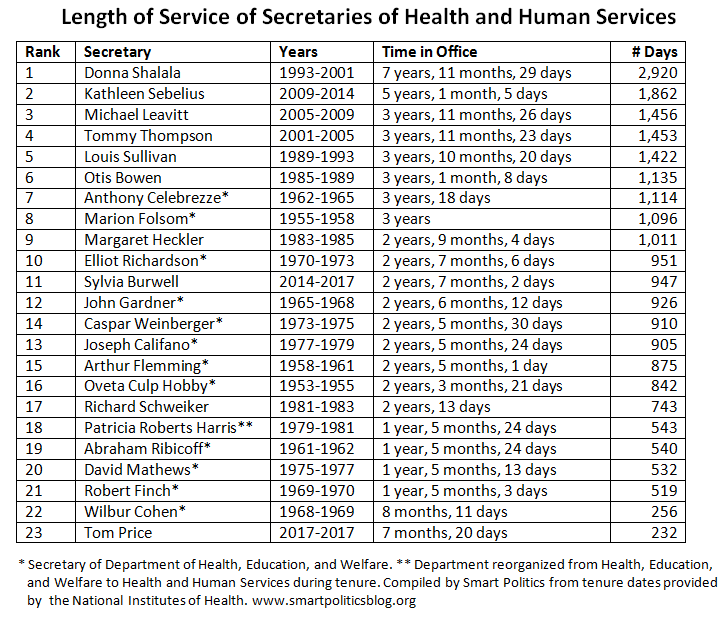 Price is the second cabinet head to leave his post during the Trump administration.

By contrast, Barack Obama did not lose a department head in his first term until the end of June during his third year in office when Defense Secretary Bob Gates (a holdover from George W. Bush’s administration) exited.

In fact, 13 of Obama’s original 15 department heads lasted through the entirety of his first term (all but Gates and Commerce Secretary Gary Locke).

All told, many of Obama’s appointees lasted an unusually long time in office.

Three were the longest ever to serve at their post:

Three were the second longest to serve as head of their respective departments:

And two were the third longest serving in their position:

Physician Don Wright, who has served in HHS for a decade, was named acting secretary of the department after Price’s resignation.