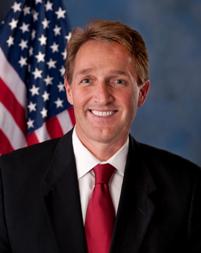 Jeff Flake’s surprise announcement on Tuesday that he will not run for reelection in 2018 means he is the first of the 11 Arizona U.S. Senators since statehood never to run for a second term.

Arizona has a history of long-serving members of the nation’s upper legislative chamber.

Flake will join Cameron as the only one-term senators in the history of the Grand Canyon State.

Cameron did seek reelection in 1926, but was defeated by Hayden, an eight-term U.S. Representative, by 16.7 points that November.

Flake becomes the sixth Arizona U.S. Senator to exit the chamber via retirement joining Hayden, Fannin, Goldwater (in 1986), DeConcini, and Kyl. [Goldwater also technically retired from the U.S. Senate in 1964 when he ran for the presidency].

Arizona is one of only two states never to have a U.S. Senator die in office, along with neighboring Utah.

Flake bowed out in advance of what was shaping up to be an uphill battle to win his party’s nomination next year, with former state senator and 2016 GOP candidate Kelli Ward leading him by double digits in all public polling conducted since the summer.