Despite a seemingly Democratic-friendly cycle, Republicans may add to their gubernatorial majority in the region 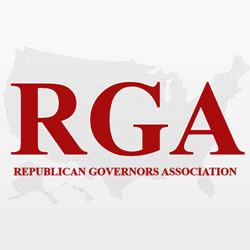 While Democrats are still hoping for a banner year in the 2018 midterms – particularly in congressional races – the party also hopes to pick up seats in several gubernatorial contests across the country.

Democrats are well-positioned to flip states like Illinois and New Mexico and have decent chances to do so in Florida, Maine, Michigan, and Nevada.

Picking up Maine’s open seat race (where controversial Governor Paul LePage is term-limited) is seemingly the best chance Democrats have in New England where the party only holds two of six seats.

Three Republican incumbents are on the ballot in New England, and all three clock in with approval ratings in the Top Five among governors across the nation.

On the other side of the coin, outgoing Democratic governor Dan Malloy of Connecticut (21 percent) and Gina Raimondo of Rhode Island (39 percent), who is seeking a second term, own the lowest and 10th lowest approval ratings respectively.

And so, with Democrats facing uphill challenges in Massachusetts, New Hampshire, and Vermont, Republicans will therefore have an opportunity – despite the anticipated Democratic wave – to emerge from the 2018 cycle maintaining a majority of New England governorships, and an outside chance at claiming five of the six seats.

Such a feat has rarely been accomplished by the party in the modern political era.

In fact, of the last 22 cycles since 1940 during which all six New England states had a gubernatorial race on the ballot, Republicans have won five of these states only twice: during the 1946 GOP wave and in 2002.

One of those losses came in Massachusetts where Governor Maurice Tobin was knocked out of office by Lieutenant Governor Robert Bradford.

[The GOP would also win four states in 1952 and 1960 – all but Rhode Island – but Connecticut stopped holding elections during presidential election cycles after 1948].

Although the cycle was not a wave election for the party, Republicans also claimed five governorships in the region during the 2002 midterms, winning open Democratic seats in New Hampshire (with Craig Benson) and Vermont (Jim Douglas), holding open seats in Massachusetts (Mitt Romney) and Rhode Island (Don Carcieri), plus holding Connecticut as Governor John Rowland was reelected to a third term.

Before World War II, it was quite common to see Republicans sweep all six New England states.

With the most unpopular outgoing governor in the nation in Connecticut, an unpopular governor running for reelection in Rhode Island, and three extremely popular Republican incumbents in Massachusetts, New Hampshire, and Vermont, the pressure is on Democrats to flip the governorship in Maine to avoid a possible regional  sweep.

At this stage it is difficult for prognosticators to weigh in on Maine’s gubernatorial race, where nominees will now be selected via ranked choice voting in the primary.