Such a feat has occurred only three times since 1912 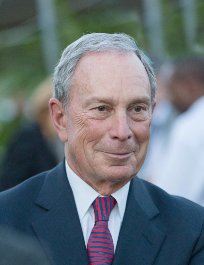 With the delayed results coming out of Iowa seemingly blunting the caucus’ expected winnowing effect on the Democratic field and billionaire Michael Bloomberg’s footprint soon to be felt at the ballot box as the calendar turns to March, candidate support among the Democratic electorate seems likely to be splintered for some time before it coalesces.

In fact, the possibility looms of seeing at least one upcoming primary in which five candidates receive double-digit support – something that has happened in only a handful of primaries over the past century.

All five candidates remained in the race through South Carolina.

It could happen again in New Hampshire in 2020, where Bernie Sanders, Joe Biden, Elizabeth Warren, and Pete Buttigieg are each averaging double-digit backing, with Amy Klobuchar also eclipsing that mark in multiple surveys conducted over the last few weeks.

Add Tom Steyer’s name to the list in South Carolina where the billionaire has polled at 18 and 15 percent in the two public polls released this year.

And while it is perhaps unlikely that each of those aforementioned candidates will still be in the race by Super Tuesday, Bloomberg is almost assured to receive double-digit support in many of the 14 states holding primaries that day.

But the 2016 New Hampshire Republican primary results are quite unusual in the history of presidential primaries.

In only two other instances have five candidates registered the support of 10 percent of primary voters.

[Note: This review does not include state caucus / convention voting – e.g. during the 2012 Iowa caucuses, five Republicans won at least 10 percent of the vote].