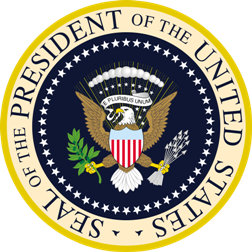 Democrats flipped the White House in 2020 in part by reversing the losses in the key Midwestern state of Michigan and Wisconsin that Hillary Clinton could not hold for the party in 2016.

Adding in Illinois and Minnesota, Democrats still only carried four states this cycle [plus one congressional district in Nebraska] – tying the mark for the lowest number of Midwestern states carried by a successful Democratic presidential nominee.

The 2020 cycle is the fifth time the party has won the White House with just four Midwestern states:

Prior to the Midwest containing 12 states, Andrew Johnson swept all four states in 1828 and 1832, James Polk carried four of five states in 1844, Franklin Pierce swept all seven states in 1852, James Buchanan won three of seven in 1856, and Grover Cleveland won just two of 10 in 1884.