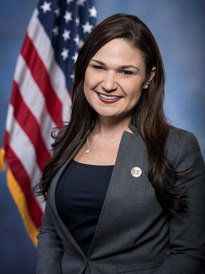 Even with the campaign status of seven-term Republican U.S. Senator Chuck Grassley up in the air until probably autumn, Iowa Democrats are beginning to come out of the woodwork and take their chances.

Grassley, who has not won less than 60 percent of the vote in any of his previous six reelection bids, would appear to be an out-of-reach target for Democrats this cycle – even at the age of 89 come Election Day.

Shortly thereafter, it was reported that former U.S. Representative Abby Finkenauer is preparing to launch her campaign for Grassley’s seat.

Following her two-term stint in the state House, Finkenauer served one term in the U.S. House before losing her seat by 2.6 points to former state legislative colleague Ashley Hinson last November.

While Finkenauer may ultimately be the biggest name Iowa Democrats can recruit for this seat (particularly if Grassley runs for an eighth term), it is not clear she yet carries the political clout to win statewide in this slightly red state.

Since the direct election of U.S. Senators in 1914, former U.S. Representatives from Iowa have sought their party’s nomination four times.

None of those four were successful:

Regarding Finkenauer’s experience on Capitol Hill, only two Iowans with only one term under their belt in the U.S. House have launched U.S. Senate candidacies.

Both of these also lost.

Gillette won this 1936 race against newspaper editor Berry Halden and is one of six sitting U.S. House members to get elected to the U.S. Senate from Iowa since 1914 along with:

In addition to the aforementioned Connolly and Utterback, seven other sitting U.S. Representatives came up short in their U.S. Senate bids:

Prior to the direct election era, five sitting or former U.S. Representatives were elected to the U.S. Senate by the Iowa legislature:

Republican state Senator Jim Carlin was the first major party candidate to jump into the race earlier this year.