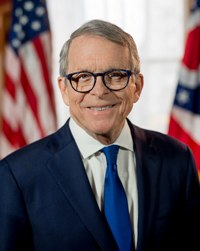 With the battle for Georgia’s GOP gubernatorial nomination heating up following former U.S. Senator David Perdue’s decision this week to challenge Governor Brian Kemp, the list of incumbents – mostly Republicans – who will face more than token challengers during the 2022 primaries grows longer.

It has been a rarity in recent decades for more than one governor to lose a renomination bid – it’s happened only twice during the last 40 years – a span of 20 midterm and presidential election cycles.

There is not only a chance that two governors could lose their primary next year, but perhaps even more.

In addition to Kemp in Georgia, other incumbent nomination bids to watch include:

It has been 67 years since the last time three incumbents were defeated in their quest for another term.

Over the last 100 years, the largest number of governors who lost their party’s nomination was five – occurring twice:

Since 1922, there have been 80 governors who were defeated via primary (or convention) compared to 189 who lost in the general election.

The lowest gubernatorial renomination rate in midterm election cycles since 1922 is 77.8 percent – recorded in 1922 and 1930 (with four of 18 incumbents losing primaries in each of these cycles).

Posted in Governorships and tagged news