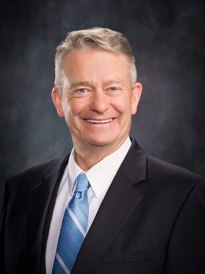 Voter support for Little is comparable to that received during the reelection bids of his predecessor, Butch Otter, who won 54.6 percent in 2010 and 51.4 percent in 2014.

Little, however, did so against the backdrop of the largest ever Idaho Republican gubernatorial field and the largest number of challengers during a governor’s reelection bid by either party in state history.

A total of eight candidates were on the GOP ballot on Tuesday, though only one other hopeful earned double-digit support – financial advisor Ed Humphreys (11 percent). No other candidate received more than two percent of the vote.

The previous record number of Republican contenders for the party’s nomination for governor was set during the previous cycle when Little won a seven-candidate field with 37.3 percent, narrowly defeating former U.S. Representative Raul Labrador.

The most challengers an incumbent governor from either party in Idaho had previously faced was the five who ran against Otter in 2010.

The eight-candidate GOP field ties a state record for the largest number of gubernatorial hopefuls on a primary ballot.

The open seat race for governor in 1936 saw eight Democrats vie for their party’s nomination with Idaho Falls Mayor Barzilla Clark winning with just 17.4 percent of the vote with six challengers trailing by single digits including runner-up and Attorney General Bert Miller with 17.0 percent.

Tuesday’s primary was the 32nd for the office in state history. [The primary era is inclusive of the cycles from 1910-1918 and 1932 to the present. For six cycles, from 1920 through 1930, both major parties selected their nominees via state conventions.]

Little will face Democratic educator Stephen Heidt – who was nominated without opposition – in the general election.