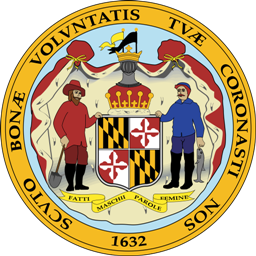 Although there may not be much drama in the deep blue state of Maryland come November, there were some interesting developments to come out of Tuesday’s primary.

On the Democratic side, eyes are big and wide as the party seeks to take advantage of popular Republican Governor Larry Hogan’s term-limited open seat.

But, with incomplete Election Day plus mail-in and provisional ballots still to be counted, it is author and former non-profit executive Wes Moore who leads the large field – by nearly double digits over Perez.

Across the 29 cycles since the first gubernatorial primary in Maryland in 1911, only four others saw more than five Democratic candidates in the primary:

Moore is currently sitting at a shade over 36 percent – which would be the second lowest support for a Democratic gubernatorial nominee in Maryland history behind only Mahoney’s 30.2 percent in 1966.

In the Republican race to take on U.S. Senator Chris Van Hollen, it was not as noteworthy that 10 candidates also lined the primary ballot this cycle – for massive fields have been par for the course in recent cycles.

Since 1986, an average of 10.4 Republicans have vied for their party’s nomination. [Democrats, who have held both seats in the chamber since 1987, have averaged 6.2 candidates].

What is unusual about the 2022 cycle is that it appears the projected GOP U.S. Senate nominee – contractor Chris Chaffee – will fall short of winning the support of even a quarter of the electorate.

Chaffee received 21.7 percent of the early and the incomplete Election Day vote with mail-in and provisional ballots also yet to be counted.

That makes Chaffee just the third out of 29 failed GOP U.S. Senate candidates to become their party’s nominee.