Although it is 43 years its junior, the Naval Academy has hosted 50 percent more commencement addresses by sitting U.S. Presidents than West Point 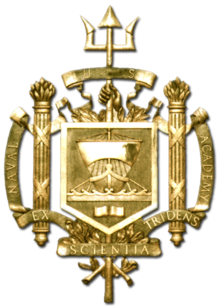 Barack Obama will deliver his final commencement address of the spring on Friday when he visits the United States Naval Academy in Annapolis, Maryland.

The address will be the second by Obama at the institution (he also spoke at the naval commencement in 2009) and is the 16th president to speak in Annapolis for commencement over the last 132 years.

And just as the Navy Midshipmen have the advantage over the Black Knights of Army in the annual football game, the Naval Academy has listened to many more commencement addresses by sitting presidents over the decades.

The Naval Academy holds this advantage despite being established 43 years after the Military Academy (1845 vs. 1802). (However, especially relevant for earlier presidents, Annapolis is approximately eight times closer to Washington, D.C. (33 miles) than West Point (274 miles)).

The first sitting president to speak at any of the nation’s five United States Service academies was James Garfield in 1881 in Annapolis.

(Note: according to the U.S. Naval Academy Public Affairs Office, both Ulysses Grant (1869) and Rutherford Hayes (1877) attended commencement exercises at the Naval Academy but did not speak). 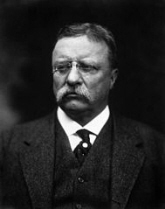 After Garfield, it would be 21 years before the next president spoke at the Naval Academy for graduation – Teddy Roosevelt in 1902.

Roosevelt also delivered the commencement at West Point that year – the first ever by a sitting president at the U.S. Military Academy according to its Public Affairs Office.

Roosevelt famously resigned from his position as Assistant Secretary of the Navy in 1898 to serve in the U.S. Army, commanding the Volunteer Cavalry (“Rough Riders”) at the rank of Lieutenant Colonel (later promoted that year to Colonel).

Roosevelt is one of just two presidents to give the commencement address to more than one U.S. Service academy in the same year.

In 1991, George H.W. Bush gave addresses at the Air Force Academy (May 29th) and then the Military Academy three days later (June 1st).

The 21-year gap between Garfield and Teddy Roosevelt at commencement in Annapolis would prove to be the longest between sitting presidents at the Naval Academy in history – just eclipsing the 20-year period between Franklin Roosevelt’s speech in 1938 and Dwight Eisenhower’s in 1958.

Roosevelt also spoke at the 1905 ceremony and only four presidents thereafter would fail to give a Naval Academy commencement speech: Herbert Hoover, Harry Truman, Lyndon Johnson, and Gerald Ford (though LBJ did do so as Vice-President in 1963).

Although not military academies, sitting presidents have given graduation remarks to armed services personnel once each at: