In Monday’s first part in a series of reports looking ahead to the battle for the Minnesota House in 2010, Smart Politics outlined several significant hurdles the Republican Party faces to not simply make a long-shot run at taking back the lower chamber in St. Paul, but to even make a sizable dent in the DFL’s 40-seat advantage.

In that report, an analysis of election data spanning 543 general and special election House contests held since 2002 found the DFL to have deepened their support across 36 times as many districts as the GOP, to have won a lower percentage of their seats in 2008 by competitive margins than the Republicans as well as a larger percentage of their seats by blowout victories, and to hold a double-digit advantage in the number of ‘stronghold districts.’ 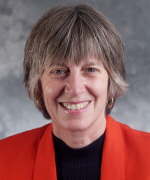 Outside of the Twin Cities, the strongest DFL district for House races in the state is District 07B out of Duluth (ranked #7), currently represented by newcomer Roger Reinert. District 07B has averaged a 58.7-point margin of victory for the DFL since 2002.

Overall, of the 52 districts in which the DFL has been undefeated since 2002, only eight have average margins of victory across these four election cycles of less than 20 points, and only two by less than 10 points (Disricts 13B, Willmar and 20A, Benson). 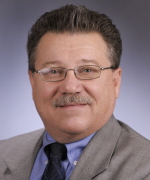 Representative Rukavina, representing the 9th strongest DFL House district in the state, is one of three House DFLers running or exploring a run for the Governor’s mansion. House Speaker Margaret Anderson Kelliher’s District 60A is tied for the 10th most DFL-favored district in the state (57.4 points), and Representative Paul Thissen’s District 63A in Richfield is ranked #27 on the list (with a 37.9-point average margin of victory).

Although the Republicans have seen their 82-seat caucus erode to 47 seats in six years, the GOP has still swept 42 districts across the state since 2002. While these 42 seats are reliably Republican, they are not quite the strongholds as their DFL counterparts. 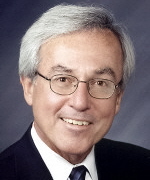 Plymouth’s Steve Smith, a 10-term legislator, represents the house district with the largest Republican average margin of victory since 2002. At 43.3 points per contest, Representative Smith is one of five Republicans against which the DFL has failed to field a candidate since redistricting. While Smith only had the 25th largest GOP victory in 2002, he had the fifth largest in 2004, second largest in 2006, and 10th largest in 2008.

Rounding out the Top 5 most reliably Republican districts are Districts 10B out of Wadena (41.3 points, held by Mark Murdock), District 33B out of Orono (38.0 points, Connie Doepke), District 34A in Waconia (35.1 points, Paul Kohls), and District 24A in Fairmont (31.6 points, Bob Gunther). 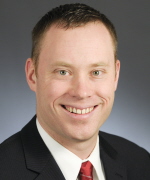 Representative Kohls is one of three GOP House members running for governor, and represents the district with the fourth largest margin of victory for Republicans since 2002. Other Republican gubernatorial contenders include former House Minority Leader Marty Seifert, representing the 8th most reliably GOP House district (21A out of Marhsall, 28.6 points) and Representative Tom Emmer, representing the 26th most Republican district (19B in the St. Michael area, 16.4 points).

Although new Republican Minority Leader Kurt Zellers represents the district with the 10th largest average margin of victory for Republicans in the state, that number is inflated by his predecessor Rich Stanek’s 98.0-point unchallenged run in 2002. Zellers, who Smart Politics profiled in June as one of the most politically vulnerable House Republican caucus leaders in recent history, has won his last three contests by an average of just 7.1 points.

Coming later this week: a profile of the 40 swing districts won by both the DFL and GOP during the last four election cyles.