This week Smart Politics has issued two reports profiling the battle for the Minnesota House in 2010, first by documenting the barriers the GOP faces to cut into the the DFL’s 40-seat advantage, and then by highlighting the 94 ‘stronghold’ districts where the DFL and GOP have remained undefeated respectively since redistricting in 2002.

In the third part of the series, Smart Politics shines a light on the 40 ‘swing districts’ across the Gopher State – those house districts that have been won by both Republicans and DFLers during the last four election cycles.

While recent electoral history suggests the momentum is all with the DFL, new House Minority Leader Kurt Zellers will be tested early – as recruiting strong GOP candidates in these 40 districts is of paramount importance if Republicans hope to get a meaningful seat at the table in 2011.

Overall, the DFL has won 83 of these swing districts in special and general election matchups since 2002, compared to 80 victories for the Republicans.

But the DFL has not simply been picking off these swing districts in competitive races during the last few election cycles. Instead, there has been a gradual buildup in momentum towards the DFL in a significant number of these districts.

For example, the DFL has improved its standing in 24 of these 40 districts in every general election contest since 2002 – by either reducing its margin of loss or increasing its margin of victory in each subsequent election. The DFL now controls all of these 24 swing districts.

But despite the DFL steamroller gradually flattening its Republican competition through these swing districts, many are still ripe for the picking for the GOP in 2010, particularly if the party can catch a pro-Republican national tailwind or ride a successful GOP gubernatorial candidacy along the way.

Twenty-four of the 40 swing districts still have a net average margin of victory for the Republicans, when taking the long view across all four election cycles since 2002.

In fact, Republicans hold a net double-digit margin of victory advantage in four districts currently held by the DFL: District 37B in Apple Valley (Phillip Sterner, 38.9 points), 41B in Bloomington (Paul Rosenthal, 12.4 points), 26A in Owatonna (Kory Kath, 11.5 points), and 01A in Thief River Falls (Dave Olin, 10.8 points).

The most interesting case is Representative Sterner, who won his open seat in 2008 by 5.2 points against Republican Judy Lindsay, just one election cycle removed after GOPer Dennis Ozment ran uncontested on his way to a 96.9-point victory. Ozment had also won the district by 29.5 points in 2004 and 34.4 points in 2002.

Representative Sterner has already demonstrated a decidedly measured voting record in the House. For example, in February, Sterner was the lone DFLer to vote with the Republican caucus on the House State and Local Government Reform, Technology and Elections Committee, when the DFLers voted down Republican Tom Emmer and Mary Kiffmeyer’s “Voter Integrity Act of 2009” by a vote of 11 to 8. The bill would have required residents to show a valid state-issued ID before voting. 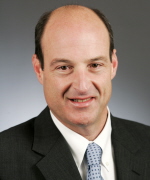 Representative Rosenthal is another high profile target for the Republicans. Rosenthal was able to take advantage of the open District 41B seat after Override 6 alumnus Neil Peterson was denied his party’s endorsement last year. Republicans had won the conservative Bloomington district by 27.5 points in 2002 and 21.0 points in 2004. Rosenthal then turned a 6.8-point loss against Peterson in 2006 to a 5.6-point victory over Jan Schneider in 2008.

“You can just take Paul Rosenthal’s button with the Republicans and just put a paper clip in it and send him back to Bloomington. He’s just going to vote with us on everything because he can, not because he necessarily believes it’s the right thing or wrong thing.”

However, even though the DFL only netted two seats in the House in 2008, they amassed an impressive number of decisive victories in the state’s swing districts.

In fact, the DFL won half of these 40 swing districts by double-digit margins last November, including eight by more than 22 points.