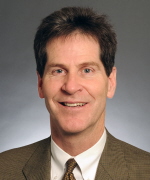 During the past three days Smart Politics has issued reports analyzing party strength in the state’s 134 House districts – including analyses on the state’s 40 swing districts, the 94 DFL and GOP stronghold districts, and the barriers the Republican Party faces as it begins to rebuild and attempt to close the DFL’s 40-seat advantage in the lower chamber.

Today, in Smart Politics’ fourth report, attention is turned to the Minnesota Senate – the battle for control of which has been notoriously noncompetitive ever since partisan legislative elections were established in the Gopher State in 1974.

The DFL has maintained continuous control of the upper chamber in St. Paul throughout these 35 years, winning nearly two-thirds (63.5 percent) of the 706 general and special election contests conducted during this span (448 seats). Republicans have won just 36.1 percent of these contests (255 seats), with third parties winning the remaining 3 seats (0.4 percent).

Since new district maps were implemented in 2002, the DFL has won 86 of 143 general and special election races (60.1 percent), with Republicans winning 56 contests, and 1 seat going to an Independence Party candidate.

Prospects for substantial GOP Senate gains in 2010 are bleak, given the historical dominance of the DFL in Senate races for the past few generations as well as the decided momentum the DFL enjoyed coming out of the 2006 election.

Still, 2010 presents new opportunities for the GOP, with the changing national political environment and the very real possibility that DFL Senators have reached their peak in support among the electorate statewide.

To be sure, there will be opportunities for pickups on both sides of the aisle in 2010. Fourteen Senate seats have been held by by both the Republicans and the DFL since 2002, although the DFL currently controls 12 of them. (A fifteenth seat, District 30 in Rochester, has been held by the Independence and DFL parties). 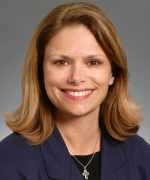 These 15 seats have combined for a total of 23 competitive races in general and special election matchups since 2002 – elections decided by less than 10 points. If DFLer Tarryl Clark should receive her party’s nomination for the 6th U.S Congressional District race, Republicans will certainly target her 15th District seat in St. Cloud. (The GOP won District 15 by 1.7 points in 2002).

Republicans will also eye the seats held by Dan Skogen in District 10 (Fergus Falls), John Doll in District 40 (Bloomington), and (potential 3rd CD candidate) Terri Bonoff in District 43 (Plymouth) – all districts the GOP won by double-digit margins back in 2002.

* Won by the Independence Party in 2002. Data compiled by Smart Politics.

In addition to these 15 ‘swing districts,’ another 14 Senate districts that have not changed party control have hosted at least one competitive contest since 2002. Eight of these districts are currently held by Republicans, and seven by the DFL.

Five of these districts have yielded competitive races in both the 2002 and 2006 general elections and are definitely districts to watch in 2010: District 28 in Red Wing (represented by DFLer Steve Murphy), District 47 in Coon Rapids (DFLer Leo Foley), District 48 in Ramsey (GOPer Mike Jungbauer), District 51 in Blaine (DFLer Don Betzold), and District 52 in Forest Lake (GOPer Ray Vandeveer).

Competitive Minnesota Senate Districts That Have Not Changed Party Control, 2002-2008 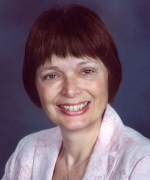 There are, of course, many districts in which one party or the other has dominated recent electoral contests. The DFL has gone undefeated in 33 Senate districts since redistricting, with 8 of the top 10 of these ‘stronghold districts’ located in Minneapolis or St. Paul. Six-term Senator Sandra Pappas of St. Paul (District 65) enjoys the largest average margin of victory at 77.6 points since 2002. (The GOP failed to field a candidate against Pappas in 2002).

The two non-metro districts cracking the Top 10 DFL stronghold list are District 01 in Thief River Falls at #4 (represented by Leroy Stumpf, 62.1 points) and District 05 in Hibbing at #6 (David Tomassoni, 54.9 points). 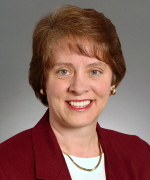 Republicans, meanwhile, are undefeated in 19 districts since 2002, with 4-term Senator Claire Robling of District 35 (Shakopee) claiming the largest average margin of victory at 66.0 points. (The DFL did not field a candidate against Robling in 2006).

Two DFL and two Republican Senators are currently seeking the governor’s mansion in 2010. DFLer Tom Bakk represents the 11th most dominant DFL district (District 06, in Duluth) while colleague John Marty represents the district with the 26th highest average margin of victory for the DFL in senate contests (District 54 in Roseville).

On the Republican side, David Hann represents the 16th strongest GOP district (District 42, in Eden Prairie), while Mike Jungbauer represents the very competitive 48th District in Ramsey (ranked #19 with only a 5.7-point average GOP margin of victory since 2002).

Additional opportunities for competitive districts may arise, of course, in the event of retirements or incumbents failing to win their party’s nomination or primary.