While residents of Iowa and Wisconsin are speaking in loud, disapproving voices over the performance of their respective Democratic governors, Minnesotans are still basically split down the middle over how they rate the performance of Republican Governor Tim Pawlenty.

The latest SurveyUSA poll of 600 Minnesota residents, conducted August 26-27, finds 48 percent approving of Pawlenty’s job performance, with 50 percent disapproving. The Governor’s job approval rating has see-sawed up and down between a low of 46 percent (April) and a high of 53 percent (January, July) throughout the first eight months of this year.

Although Pawlenty’s current SurveyUSA approval rating is down from his August marks from 2008 (51 percent), 2007, (59 percent), and 2006 (56 percent), his numbers have not fallen appreciably compared to those of his Upper Midwestern colleagues – each of whom have faced historic economic challenges in their respective states.

For example, Iowa Governor Chet Culver, like Pawlenty, enjoyed a 59 percent approval rating in August 2007, his first year in office. That number has fallen to just 36 percent in August 2009 – a 39.0 percent drop in two years. 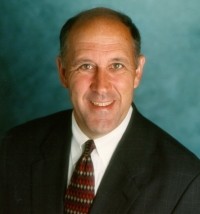 Meanwhile, Wisconsin Governor Jim Doyle, who recently announced he would not seek a third term, has seen his job performance numbers drop from 46 percent in August 2008 to 33 percent last month.

In one year, Culver’s numbers have fallen 32.1 percent, Doyle’s have decreased 28.3 percent, while Pawlenty’s have dipped just 5.9 percent.

Pawlenty has been able to maintain these numbers despite facing a legislature controlled by the opposition party. Both Culver and Doyle (since 2009) govern over states with both legislative chambers under Democratic control. In fact, Minnesota has by far the most Democratic-dominated legislature in the 12-state Midwest region.

Thus, while Minnesota’s Republican Governor has no doubt alienated many Democrats in his high profile budget battles with the DFL leadership in St. Paul, Pawlenty has perhaps emerged (unlike Culver and Doyle) as a stronger leader for having engaged in that battle. As a result, Pawlenty still gets fair marks from independents in the Gopher State (45 percent approving), while that group has all but shut down its support for Doyle (23 percent) and Culver (27 percent).

Pawlenty’s numbers also still stack up fairly well against many of his colleagues from across the country. Pawlenty is one of only five governors in the 13 states tracked by SurveyUSA who has not experienced a double-digit percentage decrease in approval rating since January of this year (-9.4 percent). (The Minnesota Governor also has the fifth highest approval rating in this group).

Interestingly, Pawlenty is the only governor of these 13 states who has presided over a single-digit increase in unemployment this year – at just +8.0 percent from January to July.

As documented last month, Minnesota has had one of the lowest increases in the rate of unemployment across the nation this year.