For better or for worse, during the past decade Minnesota has developed a national reputation for being a bit of an ‘oddball’ state – politically, that is. And, at first blush, the Gopher State is an easy target for even easier punchlines for having elected a former pro-wrestler to the Governor’s office and now a former Saturday Night Live alum to the U.S. Senate.

But Minnesota has spun an interesting political narrative by several other measures that may not be so obvious to the casual political observer, particularly one from outside the Land of 10,000 Lakes.

· For example, over the last three election cycles, there has been a 70-seat swing in the State House – from +30 Republican in 2002 to +40 DFL in 2008, giving Minnesota the most dominant Democratic legislature in the 12-state Midwest region.

· And while Minnesotans have opted for the Democratic presidential nominee in nine consecutive elections dating back to 1976, the DFL has failed to win the governor’s mansion in six of eight races during that span.

With such a topsy-turvy political climate, it is difficult for pundits to find a reliable political compass by which to guide them in their search for the direction in which the Gopher State electorate is heading in 2010.

With next year’s election campaigns already gearing up, Smart Politics set out to find just such a compass.

An analysis was conducted of election data returns for the 536 general election House matchups held between 2002 and 2008 to determine which of the state’s 134 House districts are ‘bellwether’ districts for what is happening statewide.

In order to reach ‘bellwether status,’ a search was conducted to find those districts that have:

a) Elected Representatives of the same political party as the statewide winner of the top-of-the-ticket race (i.e. Top-of-the-Ticket Bellwether Districts), or

Minnesota, as a ‘purple state,’ finds its electorate is frequently engaged in split-ticket voting, causing many districts to vote one way at the top of the ticket, and another way down below.

Unfortunately, for those fellow compass-seekers, there has not been a single house district among the 134 in the Gopher State that has voted into office a Representative of the same political party as all four statewide top-of-the-ticket winners since 2002.

In fact, only 20 House districts have voted into office Representatives of the same party as the top-of-the-ticket winner in 3 of these 4 general elections:

But within this subset of 20 districts, only one has consistently had a margin of victory in elections for State Representative that is within single digits of the statewide margin of victory for the top-of-the-ticket race: HD 02B out of Park Rapids. 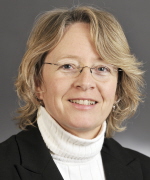 Only three other districts in the state (HD 08B out of Mora, 25B in Northfield, and 56A in Woodbury) have also had single-digit differentials between the margin of victories for State Representative and the top-of-the-ticket contests during these four election cycles. However, these house districts elected representatives that matched up with the political party of the top-of-the-ticket statewide winners in just two elections during this period.

But what are the bellwether districts that indicate which political party will control the Minnesota House of Representatives? Which house districts have consistently voted into office Representatives from the majority party?

Only 15 districts have elected a Representative who was the a member of the majority caucus in St. Paul in all four election cycles: districts that elected Republicans in 2002 and 2004 and DFLers in 2006 and 2008.

While District 02B did not make this list (electing DFLer Sailer in 2004 while Republicans were still the majority party), this district out of Park Rapids once again holds the unique distinction for most closely mirroring the statewide vote advantage for all house races.

Meanwhile, the vote for State Representative in HD 02B averaged just 2.4 points off this statewide partisan split for House races, or 9.6 points cumulatively across the four general election cycles.

Only three other house districts had a cumulative margin of victory differential of less than 20 points between their respective House race and the total statewide vote advantage in House races across the four election cycles: HD 47B in Brooklyn Park (12.1 points), 54B in Vadnais Heights (15.3 points), and 26B in Faribault (16.8 points).

In sum, Smart Politics finds HD 02B out of Park Rapids to be the best compass by which to gauge the direction Minnesota is headed in its elections statewide. Its electorate most closely tracks both the statewide House vote and the statewide top-of-the-ticket margin of victory, and is one of only 20 districts that has elected State Representatives from the same political party as the top-of-the- ticket winner three times since 2002.

While HD 02B voted for Tim Pawlenty only once (in 2002), the district’s 44 percent vote for the Governor in 2002 and 2006 nearly matched his statewide totals in both elections (44 and 46 percent respectively).

Other bellwether districts to watch are HD 08B in Mora, 54B in Vadnais Heights, 26B in Faribault, 56A in Woodbury.