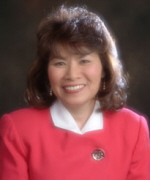 With Tuesday’s primary election in St. Paul in the books, the expected mayoral matchup between DFLer incumbent Chris Coleman and Republican-endorsed Eva Ng is now set for the November general election.

The DFL’s dominance in St. Paul politics is well established – other than Norm Coleman’s second term from 1998-2002, the last Republican to hold the mayor’s office in St. Paul was attorney John C. Daubney, who unseated incumbent Edward K. Delaney in 1952. (Political independents George J. Vavoulis (1960-1966) and Charles P. McCarty (1970-1974) also held the office in the past half-century to interrupt a string of Democratic mayors).

The extent to which Republicans face an uphill battle at making the mayoral race competitive in even a handful of St. Paul’s 104 precincts is significant.

Only a small percentage of the city’s electorate came out to vote in the primary on Tuesday (approximately 5 percent), with Ng receiving 26 percent of the vote. But, as demonstrated below, if Ng can improve on that result by any measure in November, she will have turned in a fairly impressive performance in one of the Gopher State’s most liberal strongholds.

Smart Politics conducted an analysis of the 2008 presidential and U.S. Senate races at the precinct level in St. Paul. City-wide neither John McCain (22.4 percent) nor Norm Coleman (25.4 percent) received as large a percentage of the vote as Ng did on Tuesday.

In the presidential race, Barack Obama won all 104 precincts in St. Paul, winning 75.6 percent of the vote and notching a 53.2-point margin of victory over McCain city-wide. Obama not only won every precinct, but he won them all by double-digit margins:

· The lowest margin of victory for Obama was in Ward 4, Precinct 6, in which he defeated McCain by a margin of 19.1 points. This was the only precinct in which Obama did not receive at least 64 percent of the vote (58.9 percent).

2008 Presidential Election Margin of Victory by Precinct in St. Paul

Even in the extremely competitive (statewide) U.S. Senate contest, the race between Al Franken and Norm Coleman was a blowout in almost every single precinct in St. Paul, with Franken winning 103 of 104 precincts by double digits.

· Coleman won 1 of the 104 precincts in St. Paul (Ward 4, Precinct 6), but lost every other precinct by double-digits.

With this recent historical backdrop, how closely can Eva Ng expect to get to defeating Mayor Coleman this November?

The last Republican challenger to square off in a St. Paul mayoral general election race was Bob Fletcher in 1989 (note: mayoral elections are officially non-partisan in St. Paul, and Ng refers to herself as a ‘center-right conservative’). Fletcher ended up with 43.4 percent of the vote, losing by 13.1 points to James A. Schiebel to replace long-serving DFLer George Latimer.

Only 4 of the last 12 general election mayoral races in St. Paul have been competitive – decided by ten points or less:

In Ng’s favor, she is still relatively unknown among the electorate, and will therefore expect to build on the 26 percent of the vote she received in the primary. Of course, with only 5 percent of the electorate voting in the primary, it is difficult to judge whether Ng’s current baseline of support is truly 26 percent, and to what extent Tuesday’s voters are representative of who will turn out for the general election in less than two months.

But, in addition to her pro-business platform, Ng will no doubt place an emphasis on Mayor Coleman’s potential gubernatorial interests in 2010, which could also garner her some additional support in the city.