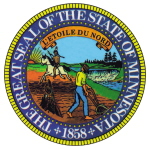 In the first report on the pathway to the governor’s mansion, Smart Politics documented the political experience Minnesota’s 38 governors have had en route to becoming the chief executive of the Gopher State. Nearly 80 percent had served in state government before getting elected, with a plurality serving in the state senate. Just over one-third of governors had also previously served at more than one level of government.

In today’s report, Smart Politics examines the geographic pathway to the governor’s mansion. From where were Minnesota’s governors born? Where did they launch their political careers? How many hailed from the metro region as opposed to outstate?

Historically, Minnesotans have been quite welcoming to politicians born outside of its borders (well before former New Yorker Norm Coleman became Mayor of St. Paul and then U.S. Senator), with only 14 of its 38 governors born in the Gopher State.

Naturally, as the Minnesota Territory and later the State of Minnesota was being settled in the mid- and late 19th Century, the percentage of residents born outside its borders was quite high, and thus the pool of candidates was more saturated with those born outside of Minnesota.

In fact, the first 15 governors of the Gopher State were born outside of Minnesota, as well as 19 of the first 20. John Johnson (1905-1909) was the first such native Minnesotan, born in Saint Peter.

But even in the 20th Century, several governors were elected despite not having been born in the Gopher State, including Arne Carlson (New York), Harold LeVander (Nebraska), Elmer Anderson (Illinois), and Edward Thye (South Dakota). (LeVander and Thye later grew up in Minnesota).

The historical record shows it is much less important where a politician is born and much more important where one settles and launches a political career. Exactly half of the state’s 38 governors hailed from the metro area prior to becoming governor, with 19 coming from greater Minnesota.

Thirteen governors launched their political careers in Minneapolis (7) or St. Paul (6) proper, with another six in what is now the greater metro region. By contrast, only five governors were actually born in Minneapolis (Jesse Ventura, Orville Freeman, Luther Youngdahl, Floyd Olson) or St. Paul (Wendell Anderson) with only two born in the suburbs (Tim Pawlenty, Harold Stassen).

And as for the current crop of 2010 hopefuls? Geographically, they represent a much more homogenous region of the state as compared to the 38 governors who have been elected.

Of the main 17 Republican and DFL candidates running or exploring a run for governor, 11 launched their political careers in the metro region, with three others (Mike Jungbauer, East Bethel; Tom Emmer, Delano; Paul Kohls, Victoria) just a stone’s throw outside the greater metro area.

Birthplace and Launching of Political Careers of Minnesota’s 38 Governors