Republican Pat Anderson’s announcement on Monday that she was ending her gubernatorial bid due, in part, to the looming candidacy of fellow GOPer Norm Coleman (“The shadow is real,” Anderson proclaimed) shines the spotlight even more fully on the will-he-or-won’t-he-run former U.S. Senator and Mayor of St. Paul.

Should Coleman enter the race, he would join DFLer Mark Dayton in a quest to become the first Minnesotan ever to be elected U.S. Senator and then be elected Governor of the Gopher State.

Few, in fact, have ever tried such a political venture.

But only two other Minnesotans have ever received their party’s nomination for governor after being elected to serve in the U.S. Senate – and both lost their respective gubernatorial general election contest.

Democrat Henry Rice, who served in the United States Senate for nearly five years from 1858 to 1863, ran for Governor of Minnesota in 1865 – losing by 11.2 points to Republican William Marshall in the midst of 19 consecutive gubernatorial victories by the GOP from 1859-1896. 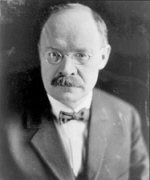 Approximately 60 years later, Farmer-Laborite Magnus Johnson won a special election to the U.S. Senate in 1923 to fill the vacancy caused by the death of Republican Knute Nelson. Johnson served a little more than 1.5 years in D.C., but lost his reelection bid in 1924. Johnson then ran for Governor in 1926 on the Farmer-Labor ticket, but lost by 18.4 points to GOP incumbent Theodore Christianson. (Johnson had also previously lost the gubernatorial election of 1922 – by 2.1 points to Republican Jacob Preus).

No other former U.S. Senator from the Gopher State has subsequently received their party’s nomination for governor.

And while the path has been steep and narrow for Minnesota politicians to go from the U.S. Senate to the governor’s mansion, the reverse has been much easier. Four governors of the Gopher State have later gone on to be elected to serve in the U.S. Senate:

(Two-time DFL gubernatorial victor Wendell Anderson also became a U.S. Senator, but was appointed to the seat to fill the vacancy caused by the election of Democrat Walter Mondale to the Office of Vice President in 1976).

Interestingly, while the U.S. Senate-Gubernatorial pathway is not well-trodden, there have been several governors of the Gopher State who were previously members of the (slightly less elite) U.S. House of Representatives:

One wonders if once-rumored gubernatorial candidates Tim Walz of the 1st CD and Michele Bachmann of the 6th CD are aware of this historical oddity that U.S. Representatives have had a much easier time getting elected governor of the Gopher State than its U.S. Senators.

None of the current batch of gubernatorial candidates has served in the U.S. House, although Republican hopeful Phil Herwig ran as the GOP nominee in the 8th CD against Jim Oberstar twice – in 1992, losing by 29.4 points, and in 1994, losing by 31.5 points.