Minnesota’s senior Senator and 5th and 8th CD U.S. Representatives are the only members of state’s Congressional delegation to issue statements on the Haitian situation 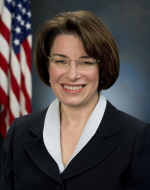 As of Wednesday evening, only three members of the Minnesota Congressional delegation had issued press releases concerning the earthquake and humanitarian disaster in Haiti – all DFLers: Senator Amy Klobuchar and Representatives Jim Oberstar and Keith Ellison.

While each of these members duly acknowledged the scope of the tragedy and the need for significant aid to the poorest nation in the Western hemisphere, the tone and purpose of their messages were fairly distinct.

Klobuchar focused on what her office is getting done and relayed practical information to her constituents, Oberstar stressed the potential political consequences of the disaster and warned of further consequences if there is a failure to adequately assist the Haitian people, and Ellison sent condolences from himself and his 5th District and emphasized the general need for aid, but without addressing the troubling political undertones.

Senator Klobuchar called the earthquake “a disaster of catastrophic proportions” and expressed her sympathy for the Haitian people. However, the primary focus of Klobchar’s message was on practicalities and providing critical information to her constituents.

Senator Klobuchar explained how her office is working with the State Department for the evacuation of American citizens and to help expedite the adoption process of Haitian children to Minnesotans who already had pending adoptions underway. Klobuchar also released the phone numbers, hotlines, and e-mail addresses for concerned Minnesotans who are trying to locate or get in touch with members of their family in Haiti. 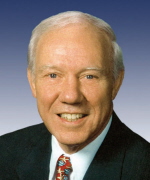 Representative Oberstar, who lived in Haiti from 1959-1962 as an English language instructor for students of the Haitian Military Academy, called the earthquake a “human tragedy of unimaginable proportions” and explained the need for strong U.S. involvement both in moral and political terms:

“As the richest nation in the world, we have a moral responsibility to help the poorest country in the Western Hemisphere in a time of such dire need… It is imperative for us to intervene in this crisis to ensure that there will be long-term political stability in the region. Our government has to show that it can partner with the Haitian government to provide services to the people, order amongst the chaos, and to show signs for long-term recovery.”

Oberstar revisited the need for a stronger democracy in Haiti as a point of emphasis in his statement:

“This is a pivotal moment for democracy in Haiti. President Rene Garcia Preval has established stability, continuity and trust in government. If, as expected, the Preval government sets the stage for presidential elections for November 2010, and he, as is required under the constitution does not run for reelection, then Haiti can enter an unprecedented period of political stability that will foster economic growth, and investor confidence will come back to the country. Conversely, if the Haitian government fails in this humanitarian crisis, the political turmoil will be unimaginable, and will plunge the country into another decade, or more, of even worse distress.”

Oberstar closed with a warning as he explained the need for all nations of the international community to contribute to help ameliorate the crisis in Haiti:

“This is truly a critical moment in the history of the entire Caribbean region. If, over these weeks following the earthquake, the international community does not shore up the government, does not provide the humanitarian assistance and restore the services of government to the people, then there will be an equal political earthquake and collapse.” 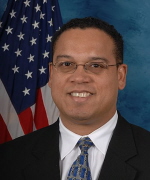 By contrast, Congressman Keith Ellison struck a simpler tone of sympathy and condolences to the Haitian people:

“I extend my heartfelt condolences to the citizens of Haiti. My thoughts and prayers are with those suffering and in pain; those who have lost family members, homes, and their means of livelihood in this disaster.”

Ellison also stressed the need for mammoth assistance to Haiti. However, unlike Oberstar, Representative Ellison avoided any reference to the controversial political situation and complicated political history of the small Caribbean nation:

“I join with my fellow Members of Congress in exploring every way possible to most effectively marshal national and international resources to assist our neighbors who had very little – and have lost even that…This quake is going to require a relief effort of historic proportions. The nation’s major infrastructure is reported to have been destroyed in the earthquake. I implore the State Department, U.S. Agency for International Development (USAID), and the Defense Department to use every resource at their disposal to come to the aid of our Haitian brothers and sisters…The good people of the 5th Congressional District of Minnesota and I stand ready to help in any way we can.”

As of late Wednesday evening none of the three Republican members of the Minnesota Congressional delegation (John Kline, Michele Bachmann, and Erik Paulsen) had issued press releases on the Haitian disaster, nor had DFL Senator Al Franken, DFL Congressmen Tim Walz and Collin Peterson, or DFL Congresswoman Betty McCollum.