Only West Virginia and Hawaii have gone more years without electing a Republican to a U.S. Senate seat

With all the momentum seemingly with state Senator Scott Brown in his special election battle with Massachusetts Attorney General Martha Coakley, Republicans are on the edge of their seats Tuesday in hopes of winning their first U.S. Senate seat in Massachusetts since 1972.

The 38-year drought is currently the third longest for the GOP in the country, along with the state of New Jersey. 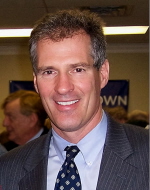 But as Smart Politics documented Monday, a competitive showing, or even a victory for the Republican candidate in the heavily Democratic state of Massachusetts on Tuesday, would not be an anomaly in the annals of U.S. Senate special elections.

Special elections have been approximately 10 points more competitive than full-term seat contests since 1990, and 65 percent of U.S. Senate special elections since 1970 have resulted in a partisan flipping of voter preferences since the last time the seat in question was on the ballot (13 of 20 contests).

Additionally, state Senator Brown is considered by most analysts to be a good Republican fit “for the state.” That is to say, Brown is viewed as being much more liberal than most high profile Republican candidates and officeholders nationwide.

The 38-year U.S. Senate election drought for the GOP in Massachusetts is only eclipsed by the states of West Virginia (54 years, 1956) and Hawaii (40 years, 1970). The Democratic hold on West Virginia might very well end once 92-year old Robert Byrd is no longer on the ballot – Byrd has served 51+ years in the Senate to date.

In the Upper Midwest, North Dakota is tied, along with Maryland, for the 5th longest GOP U.S. Senate election victory drought in the nation at 30 years – with Republicans favored to win the open seat being vacated by retiring Democrat Byron Dorgan this November.

Wisconsin has the 8th longest GOP drought in the country at 24 years. The last Republican elected by the Badger State to the U.S. Senate was Robert Kasten, Jr. in 1986. Kasten was defeated by Democrat Russ Feingold in 1992.

Minnesota is tied for the 19th longest Republican election victory drought in the U.S. at eight years (Norm Coleman, 2002).

Number of Years Since the Republican Party Last Won a U.S. Senate Election by State

* Denotes state in which the Republican Party won its most recent gubernatorial election. Data compiled by Smart Politics.