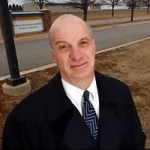 In the first part of a series analyzing the upcoming special election to be held in Minnesota’s 26th Senate District next Tuesday to fill the seat of 6-term GOPer Dick Day, Smart Politics examines one of the factors that may come into play to thwart the GOP from holding onto one of its 21 seats through November.

The media has documented in depth in recent weeks the comments about Barack Obama and the Democratic Party made on Twitter by Republican nominee Mike Parry, a businessman and former City Council member from Waseca.

But one factor that has not been examined so closely is the strong third-party leanings of the 26th Senate District and how it might impact the race.

· The 26th district, whose main cities include Owatonna, Waseca, and Faribault, was one of the strongholds back in 2002 for Independence Party gubernatorial nominee (and former 1st CD Representative) Tim Penny, who carried the district with 39.7 percent of the vote. Penny received only 16.2 percent of the vote statewide.

· In the 2002 race for Auditor, the Independence Party candidate Dave Hutcheson also cracked double digits in the 26th, winning 10.2 percent of the vote (while winning just 7.7 percent statewide).

Independence Party supporters may be looking for a strong performance by Srp to jump-start the Party as it tries to reclaim its relevance in the Gopher State this fall in the 2010 gubernatorial race.

And why would Srp’s appearance on the ballot possibly hurt Parry inordinately more than DFLer Engbrecht?

No doubt Democrats will likely characterize the Srp candidacy as one that may hinder Engbrecht from picking up the seat for DFL. However, as Smart Politics documented back in 2008 in an analysis of state House races – the Independence Party need not make any apologies to the DFL:

· In only 4 of these 57 districts did party control of the district flip from the previous election cycle – and in every instance it was from the GOP to the DFL.

· And while the Independence Party chose to run in nearly twice as many districts controlled by the DFL (64 percent) than the GOP (36 percent), the DFL had a stronger performance (measured by margin of victory) in 58 percent of these districts from the previous election cycle.

In this special election in the 26th on the 26th of January, an argument could be made that Srp may benefit at the margins both from Republicans who were turned off by Parry’s controversial comments as well as independents and conservative Democrats who are dissatisfied with the trajectory with which President Barack Obama has taken the Party over the past 12 months.

The 26th SD may not be a Massachusetts U.S. Senate special election, but it is an election political analysts in Minnesota will be watching closely.