Familiarity with the candidates, for example, is one of the reasons why Mark Dayton (and Norm Coleman) led their respective fields in recent Rasmussen polling of DFL and GOP preferences for likely Minnesota voters (Coleman never even entered the race). It is also part of the reason why candidates such as Hillary Clinton and Rudy Giuliani got off to such fast starts in their respective 2008 presidential campaigns.

But what do the names of Minnesota Governors such as William Merriam, Adolph Eberhart, J.A.A. Burnquist, Theodore Christianson, and Luther Youngdahl have in common?

They not only went 12 and 0 in gubernatorial election contests in the Gopher State, but they also have names that were longer than their general election opponents and, if the board game Scrabble scored proper nouns, they would have also trounced their rivals in that contest as well.

A Smart Politics analysis of Minnesota’s 64 gubernatorial races finds that those candidates with more unusual letters (those scoring higher points in Scrabble) and those with longer names win at nearly twice the rate as their closest opponent.

In total, 41 of the governors elected to the Gopher State have first and last names with higher Scrabble scores than their opponents, or a 64.1 percent rate of victory.

Candidates with more common letters comprising their names won only 22 elections, or 34.4 percent of the time. (The 1863 matchup between Stephen Miller and Henry Welles would have resulted in a Scrabble tie, at 20-20). 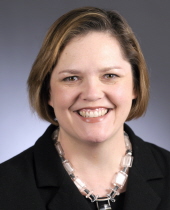 All this is good news for Margaret Anderson Kelliher (35 points), should she receive the DFL nomination and emerge as the general election candidate. A 64 percent chance at victory is a diceroll many Democrats nationwide would gladly take in the current political climate which finds Republicans gaining momentum as the 2010 campaigns gear up.

On the Republican side, the best the GOP can offer up, excepting long-shot Phil Herwig (22 points), is Marty Seifert whose name scores a 20 on the Scrabble board – besting chief rival Tom Emmer by six points.

The Minnesota Governor whose name has the lowest Scrabble score is Arne Carlson. At just 13 points, Carlson was able to defeat Rudy Perpich (24) and John Marty (24).

Defeated 1982 Republican nominee Wheelock Whitney (36 points) has the honor of having the name with the highest Scrabble score of any first or second place gubernatorial candidate.

Of course, Scrabble does not count proper nouns in its rules of play. Moreover, a letter which might be unusual in non-proper nouns (such as “J”) is much more common in names (e.g. John Johnson).

That being the case, Smart Politics also examined the length (number of characters) of names and found a similar pattern: gubernatorial candidates with longer names won at nearly twice the rate (36 victories, 56.3 percent) as those with shorter names (20, 31.3 percent).

(In eight instances, 12.5 percent of elections, the two leading candidates had the same number of characters in their names).

So while name recognition has long been established as an important factor in political campaigns, perhaps longer names or names with unusual letters likewise stand apart from the crowd in the mind of the voter.