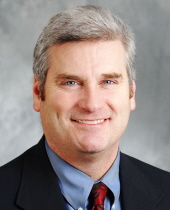 Sales of champagne did not likely spike Tuesday evening in the Gopher State, and any bottles that were uncorked were not likely by the winners, losers, or no-shows at the 2010 Minnesota gubernatorial straw polls.

And so, to all those candidates who failed to finish on top in their respective party’s gubernatorial ‘preference ballot’ Tuesday evening, and as a gentle reminder to those who won, Smart Politics would like to introduce you to:

· Tim Pawlenty, who finished in 2nd place out of 3 candidates in the 2002 Republican gubernatorial straw poll, notching just 37 percent of the vote, and then went on to win the party’s endorsement, primary, and the governorship. Brian Sullivan won the straw poll.

· George H.W. Bush, who finished in 3rd place out of 8 candidates in the 1987 Iowa GOP Straw Poll (with 22.5 percent) and then went on to win the party’s nomination and the presidency. Pat Robertson won the straw poll.

· And Ronald Reagan, who lost the 1979 Iowa Straw Poll to George H.W. Bush, but went on to win the party’s nomination and the presidency.

Have no doubt, party politics in the Gopher State’s 2010 gubernatorial race has only just begun…