Bayh is only elected Democrat from Indiana since popular vote elections to exit the U.S. Senate for reasons other than defeat at the ballot box or death 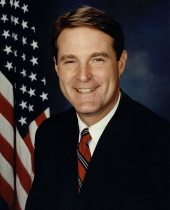 And while Evan Bayh’s decision to retire after two terms in the U.S. Senate, is, by at least Bayh’s own account, a departure on his own terms, many Democrats are fuming at the junior Senator from Indiana for the vulnerable position his decision has left the Party in the 2010 election cycle.

If Democratic leaders were surprised at Bayh’s decision, that is because the move was unprecedented in Indiana politics. Here’s why:

Senator Bayh’s pronouncement to step aside and not seek reelection gives him the luxury to leave the U.S. Senate on terms not enjoyed by any of his Democratic predecessors in the traditionally Republican Hoosier State.

Prior to Bayh, since popular vote elections were introduced nearly 100 years ago, every other elected Democratic Senator from Indiana exited the Senate ‘going down fighting’ – by either losing at the ballot box, or by dying in office.

Here is the fate of Bayh’s Democratic predecessors:

· The most recent Democratic Senator from Indiana to leave the Senate on terms not of his own making was Bayh’s father, Birch (1963-1981). The elder Bayh was defeated by Dan Quayle in his quest for a 4th term during the Reagan revolution election of 1980, when a 58-41 Democratic advantage turned into a 53-46 deficit.

· Prior to Bayh, Vance Hartke (1959-1977) was similarly defeated in his attempt at a 4th term in office – by current Republican Senator Richard Lugar in 1976.

· Benjamin Shively (1909-1916) died in office in his second term. (Democrat Thomas Taggart was appointed in March 1916 to fill the vacancy caused by the death of Senator Shively, but lost the special election to fill his seat that November). 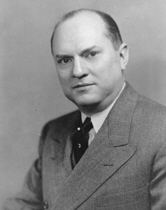 The only Democratic Senator from Indiana to retire, like Bayh, was Samuel D. Jackson, although Jackson was never elected by popular vote in the first place. Jackson only served 10 months in 1944 when he was appointed after the death of Senator Van Nuys. After the November 1944 election, Republican William Jenner took his seat.

Republican Senators from Indiana have enjoyed much more volitional exits as a whole since popular vote elections were introduced in 1914.

No Republican Senator has died in office in over 130 years.

Bayh, however, cited the death of bipartisan comity on Capitol Hill as a motivating factor in his decision to not seek reelection.