Despite 30 percent of its caucus elected since 2006, Democrats have served almost 1 more year per member on average than Republicans; GOP also losing more experienced members to retirement on average than Democrats

While the Republican Party’s eyes continue to bulge as it looks to pick off a few dozen or more Democratic U.S. House seats in this November’s election, the GOP is nonetheless on the brink of losing more experienced members due to retirement and other political ambitions than a Democratic Party which already holds an advantage in terms of average years of service in the U.S. House.

A Smart Politics analysis of the 433 non-vacant districts in the U.S. House finds that despite the Democratic Party picking up more than 4-dozen seats in the last two election cycles and introducing more than 75 new members to the legislative body during that span, the average length of service by Democrats in the U.S. House is still greater by almost one full year compared to the Republicans.

Almost three dozen members of the U.S. House have announced they will not be seeking reelection this year – due to either retirement from politics or the quest for higher public office.

The average length of service of the 18 Republicans stepping down from the U.S. House is nearly one full term longer than that of the 15 Democrats. The GOP is losing members who have served a combined 234.1 years to date – or 13.0 years on average.

While Democrats are losing three members of Congress with longer years of service – Bart Gordon (TN-06; 25.1 years), John Tanner (TN-08; 21.1 years), and Neil Abercrombie (HI-01; 19.4 years) – the average length of service of those Democrats not seeking reelection in 2010 is just 11.1 years to date, or two years less than the retiring GOPers.

One reason the Democrats have notched more average years of service than the Republicans, despite the fact that 30 percent of its caucus was elected since November 2006, is that almost all of the most seasoned members of the U.S. House are Democrats. 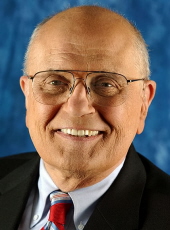 Thirteen of the top 15 members in the U.S. House with the longest length of service are Democrats – each with at least 33 years under their belts. This list is headed, of course, by Michigan’s John Dingell (MI-15; 54.2 years) and John Conyers (MI-14; 45.1 years).

In total, 18 current U.S. Representatives have served at least 30 years in the chamber.

Data compiled by Smart Politics from the Biographical Directory of the United States Congress.

And which states have the most experienced U.S. House delegations?

Excluding states with at-large members, which hold three of the top six slots (Alaska at #1, Delaware and North Dakota at #5), West Virginians have remained the most loyal to their U.S. Representatives, with Nick Rahall, Alan Mollohan, and Shelley Moore Capito averaging 23.1 years of service.

A recent Smart Politics analysis of seniority in the U.S. Senate also found West Virginia at the top of that list for years of service in the upper chamber.

The greenest state delegations with at least two members are New Mexico (1.1 years on average) and New Hampshire (3.1 years).

Whether or not this extra experience in the U.S. House will be an asset to the Democrats as they attempt to stave off large losses in 2010 could depend in part on the extent to which there is a ‘throw-all-the-bums-out’ mentality this November.

Average Length of Service of U.S. House Delegation by State

* Excludes vacant districts in Florida (FL-19) and Pennsylvania (PA-12). Data compiled by Smart Politics from the Biographical Directory of the United States Congress.