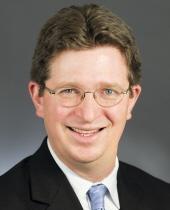 When Republican State Representative Kurt Zellers made his debut as House Minority Leader in a press conference late last June, he made clear that one of his top goals, in addition to setting his caucus’ agenda and fundraising for the GOP, would be to recruit strong Republican candidates for the 2010 election.

At that time, Zellers did not dismiss the idea of the GOP taking back control of the Minnesota House in 2010, despite facing a 38-seat deficit to the DFL.

The announcement today by 2-term DFLer Jeremy Kalin of North Branch (HD 17B) that he would not seek reelection this November likely just made Zellers’ dream one seat closer to reality.

In his announcement, Kalin was self-assured that he could have won over his constituents for a third consecutive election this November (“I’m confident that I would have won their trust for another term”), but said that he is opting instead to focus on his family.

That confidence, however, may have been misguided, given the partisan leanings of Kalin’s district, Kalin’s own narrow victories during the Democratic tsunamis of 2006 and 2008, and the Republican resurgence being felt nationwide this year.

A Smart Politics analysis of statewide and district elections since redistricting in 2002 finds the voters in HD 17B to have demonstrated a significant GOP tilt vis-à-vis the performance of Republicans statewide.

In fact, Republican candidates for governor, US Senate, and president fared better in HD 17B by double-digit margins than they did statewide in every such contest since 2002.

· Tim Pawlenty also dominated the district in both of his election bids – by 23.5 points in 2002 and 11.7 points in 2006. Both exceeded by double digits his statewide margin of victory.

Votes cast for GOP candidates for State Senate contests in HD 17B were also 7.8 points (2002) and 7.7 points (2006) better than the statewide average for Republicans across Minnesota’s 67 Senate districts.

GOP Tilt in Minnesota HD 17B in Statewide and District Elections by Office, 2002-2008