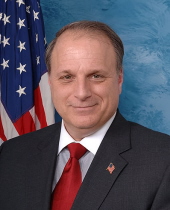 The sudden, embittered, and bizarre retirement of 1-term Democrat Eric Massa from the 29th Congressional District of New York opens up yet another opportunity for the GOP to carve into the Democratic Party’s advantage in the U.S. House of Representatives this year.

The 29th Congressional District of former Representative Massa, who resigned on Monday, covers all of Allegany, Cattaraugus, Chemung, Schuyler, Steuben, and Yates counties and portions of Monroe and Ontario counties in the Southern Tier region of the Empire State.

In 2008, Massa edged out 2-term Republican Congressman Randy Kuhl in a rematch of their 2006 contest to end a more than two decade winning streak for the GOP in the region.

The 29th district in New York has a clear Republican tilt. Although Massa defeated Kuhl in 2008 by 1.8 percentage points, John McCain carried the district by 2 points over Barack Obama. George W. Bush won both the 29th CD in 2004 over John Kerry and the 31st CD in 2000 over Al Gore.

Charlie Cook’s Partisan Voting Index measures the 29th CD as having a 5-point tilt for the GOP above the national average.

Prior to Massa’s unseating of Kuhl, Republicans had won 11 consecutive U.S. House races in the region dating back to 1986 in the 34th, then 31st, then 29th Congressional Districts.

The last Democrat to win a U.S. House seat in the region was Stanley Lundine, who decided not to be a candidate for reelection in 1986 on his way to become Lieutenant Governor of New York. 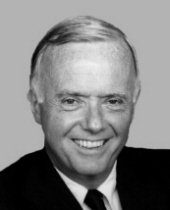 In the 1986 open race, Republican millionaire Amo Houghton defeated his Democratic rival by 20 points, and then went on to eight more victories through the 2002 election.

After the popular Houghton’s departure from the U.S. House, Democrats fared much closer to the partisan leanings of the district.

Even with the recent competitiveness by the Democratic Party during the last three contests in the 29th, Democrats have averaged only 27.4 percent of the vote dating back to 1986 in the 29th, 31st, and 34th CD races.

Source: Office of the Clerk, U.S. House of Representatives. Data compiled by Smart Politics. Note: New York’s 29th (2003-present), 31st (1993-2003), and 34th (1983-1993) Congressional District maps each included all of Allegany, Chemung, Schuyler, Steuben, and Yates counties. The 29th CD and 31st CD also included all of Cattaraugus and Chemung counties. The 31st CD and 34th CD also included all of Chautauqua county. The 29th CD encompasses parts of Monroe and Ontario counties, while the 31st CD contained parts of Cayuga, Seneca, and Tompkins counties and the 34th CD contained parts of Cattaraugus and Tompkins counties.