Pawlenty was first Gopher State Governor elected with a law degree since 1974; from 1910-1974, 90 percent of elected governors had a legal education

Tom Emmer, Susan Gaertner, Paul Thissen, and Matt Entenza all hope Tim Pawlenty’s election in 2002 and 2006 reestablished what once was a common trend in Minnesota gubernatorial politics.

Through the first three-quarters of the 20th Century, having a law degree, although not a prerequisite, was a common denominator for nearly every successful gubernatorial campaign.

A Smart Politics analysis of information provided by the biographical databases of the Minnesota Legislative Reference Library and National Governors Association finds that between 1910 and 1974, Gopher State residents elected candidates with a law degree into office in 90 percent of gubernatorial contests (27 of 30 races).

However, during the six subsequent elections from 1978 through 1998, none of gubernatorial victors held law degrees – Al Quie, Rudy Perpich, Arne Carlson, and Jesse Ventura.

Tim Pawlenty, who received his law degree from the University of Minnesota in 1986 and had a stint as a criminal prosecutor, is the 21st governor of the Gopher State to hold a law degree of the 38 men who have served in the office.

But law grads did not always so commonly bubble up the political ladder to become Governor of Minnesota. From a 51-year stretch from statehood in 1857 through 1908, those without a legal background won nearly two-thirds of gubernatorial elections – or 17 of 26 contests.

In fact, several governors of the Gopher State never ventured into halls of higher education at all. 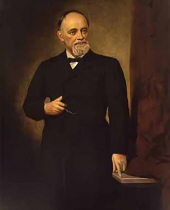 Overall, candidates with law degrees have been elected in 59.4 percent of gubernatorial contests since statehood (38 of 64 elections).

Not all governors with law degrees practiced law for extensive periods of time. Some worked in private law practices, while others worked as attorneys for city or county government including Winfield Hammond, Floyd Olson, Luther Youngdahl, Harold LeVander, and Tim Pawlenty.