Jim Gerlach’s PA-06 seat is the only U.S. House district in the nation decided by less than 10 points in each of the last four election cycles; Democrats currently hold 35 of the Top 50 most competitive seats 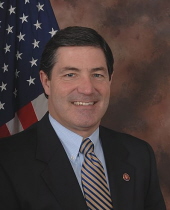 This report is the second in a series on competitiveness in the nation’s 435 U.S. House districts. The first installment focused on which states have yielded the most and least competitive U.S. House races since 2002.

Out of the 435 U.S. House elections held every other November across the United States, only one congressional district has provided a nail-biting finish without fail since new district lines went into effect in 2002.

A new Smart Politics analysis of 1,740 general election U.S. House contests since 2002 finds that the 6th Congressional District of Pennsylvania is the only district to have been decided by less than 10 points in each election cycle.

In fact, PA-06 has been decided by less than five points in each of these elections – and Republican Jim Gerlach, who has represented the district since 2003, is still standing.

Gerlach, a former Pennsylvania State Senator, first won the 6th CD in 2002, when a newly drawn Congressional map forced then 5-term Democrat Tim Holden to run in the 17th CD instead of the 6th. Gerlach won his 2002 contest by 2.8 points over Democrat Dan Wofford.

Gerlach subsequently won his 2004 race against Lois Murphy by 2.0 points, his 2006 rematch against Murphy by 1.4 points, and his 2008 race against Bob Roggio by 4.2 points – while many of Gerlach’s Northeastern GOP colleagues fell to defeat during the last two election cycles.

With an average victory margin of a scant 2.6 points across four elections, no other congressional district, let alone no other member of Congress, has endured four highly competitive elections in a row since 2002 as has Representative Gerlach.

Only one Representative besides Gerlach has won even three elections decided by less than 10 points since 2002: Republican Dave Reichert in WA-08.

After Gerlach and PA-06, the second most competitive district in the nation since 2002 has been the 17th District of Texas, currently held by Democrat Chet Edwards. The 17th CD was narrowly won by Democrat Charlie Stenholm by 4.0 points in 2002 before the controversial redrawing of Texas districts in 2003. 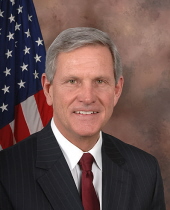 The third most competitive district in the nation since 2002 has been the 9th U.S. House District of Indiana, which has provided one of the most colorful political duels in modern congressional history.

Democrat Baron Hill, now in his 5th term in office, first faced Republican Mike Sodrel in 2002, defeating him by 5.1 points to win what was then his 3rd term in Congress. Sodrel sought a rematch in 2004 and ousted Hill by 1,425 votes, or a 0.5 point margin.

Hill then sought a rematch with Sodrel in 2006, and defeated the 1-term GOPer by 4.5 points for one of 31 pick-ups for the Democratic Party that November. Sodrel challenged Hill once again for a third time in 2008, losing by 19.4 points. (Sodrel is currently seeking the Republican slot for a fifth consecutive battle with Hill in 2010).

Rounding out the Top 10 most competitive U.S. House districts since 2002 are:

The list of Congressmen and Congresswomen who populate the Top 50 most competitive districts is littered with fresh faces.

Eighteen members on the Top 50 list were elected in 2008 with another 16 elected in 2006. Representing very competitive districts with just 1 or 2 terms in office under their belt, means many of these Representatives are prized targets for their political opposition this November.

The only Representatives on the list with more than 10 years of service in the lower chamber on Capitol Hill are Democrats Chet Edwards (TX-17; 19 years), Leonard Boswell (IA-03; 13 years), and Dennis Moore (KS-03, 11 years).

Overall, just 15 of the Top 50 most competitive districts are currently held by Republicans, with 35 held by Democrats.

These 50 most highly competitive U.S. House districts are not evenly dispersed across the country’s 50 states, as 39 come from just 17 states:

· The three most populous states in the nation – California, Texas, and New York – yielded only three of the Top 50 most competitive districts (CA-11, NY-01, TX-17), despite accounting for more than 26 percent of the country’s U.S. House seats (114 seats collectively).

Of course, this list of the most competitive districts since 2002 does not mean each of these 50 seats will produce the 50 narrowest margins of victory in 2010. Other factors come into play in each election cycle, such as retirements, scandals, rising star challengers, and the occasional incumbent defeated in a primary election (not to mention the changing partisan winds in the political climate).

Additionally, some seats in purple districts that were uncompetitive for years when popular incumbents ran year after year are now ‘in play’ for both parties. 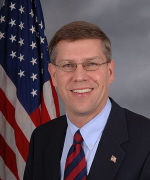 For example, when Republican Jim Ramstad served Minnesota’s 3rd Congressional District, his average margin of victory was 37.9 points across his nine victories from 1990-2006. Even though Freshman GOPer Erik Paulsen (pictured) won the 3rd CD in 2008 by just 7.6 points, and his seat is a prime target for Democrats in 2010, the district does not make this Top 50 list (it’s ranked #139).

Coming up Wednesday at Smart Politics: the 50 least competitive congressional districts in the nation.

General elections only. ‘Years’ reflects the total number of years served in the U.S. House, whether consecutively or otherwise, across all districts the member of Congress has served. Data compiled from Office of the Clerk, U.S. House of Representatives by Smart Politics.